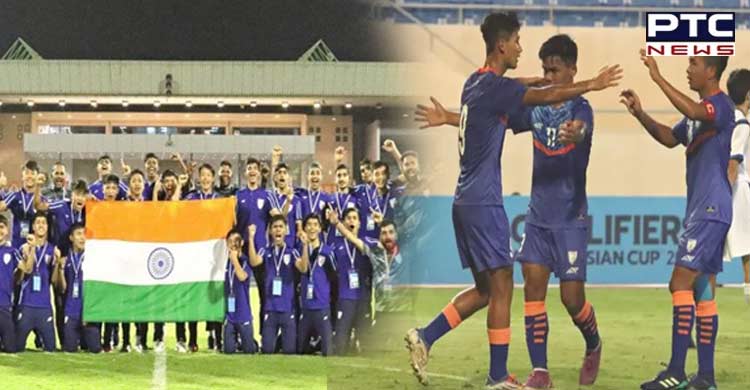 Saudi Arabia, October 10: India secured themselves a spot in the AFC U-17 Asian Cup 2023 despite a 1-2 loss at the hands of hosts Saudi Arabia in their final qualification match at the Prince Prince Mohammed Bin Fahd Stadium in Dammam, on Sunday, October 9, 2022.

India secured their qualification to the AFC U-17 Asian Cup 2023 by virtue of being one of the six best second-placed teams across the 10 groups of the qualifying tournament. Earlier in the competition, India had notched up a hattrick of wins against the Maldives (5-0), Kuwait (3-0) and Myanmar (4-1).

The first half began with high intensity and six minutes in, Thanglalsoun Gangte received the ball in a dangerous position in the penalty area. However, it was cleared away at the last moment as the striker looked to turn and shoot.

India's best chance of the half came in the 14th minute after Lalpekhlua found Korou Singh with a delightful cross from the left flank. The winger fired his shot on target but it was saved by the goalkeeper. 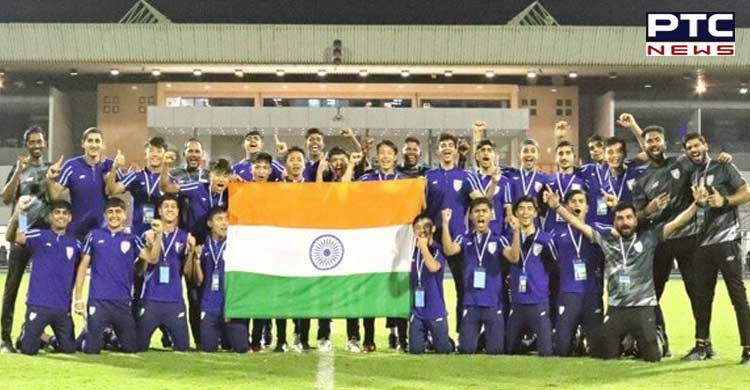 From the resulting corner kick, Danny Meitei curled the ball in towards the near post and it almost trickled past the goalline after wreaking havoc in the Saudi defence.

Saudi Arabia scored the only goal of the half on the 22nd-minute mark, with Talal Haji finding the corner of the net from the edge of the penalty area.