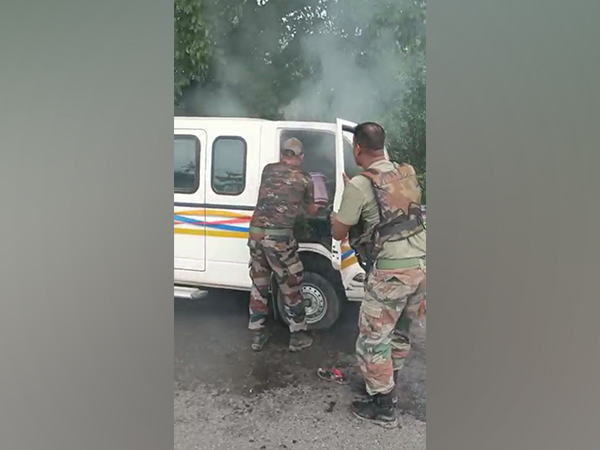 Dhemaji  , October 9 : Troops of the Red Shield Division of the Indian Army rescued five passengers and the driver of a passenger carrier which caught fire on NH 515 near Rayang area in Dhemaji district of Assam on Saturday.

According to the Indian Army, the passengers under shock and trauma were moved to a safe location and traffic congestion building up near the site was restored to normalcy. "The prompt response by the team from Red Shield Eagles ensured timely evacuation of civilians and dousing of fire which otherwise could have led to grave injuries to the passengers," the Army said in a statement.

The response of the team has gone a long way in reaffirming the faith of the local populace in the Indian Army towards Nation Building and assistance to the locals, it added.

Also Read | India will buy oil from wherever it has to: Union minister Hardeep Puri