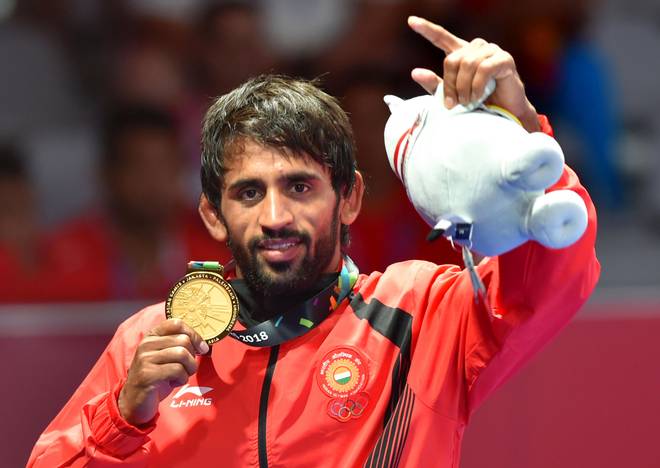 India may have improved upon its best previous best medal haul in any of the Asian Games from 65 to 69 but it slipped two spots to eighth position in overall standing in the Asian Games.

China finished at the top with its tally touching almost 300 mark. It had 132 gold medals in its tally of 289. Japan became the only second nation to aggregate past 200 mark. Japan won 75 gold medals, including a double in hockey, to finish with 205 medals.
Besides China and Japan, other countries that finished above India were Korea (177 medals), Indonesia (98 medals), Uzbekistan (70 medals), Iran (62 medals) and Taipei (67 medals). Iran (20) and Taipei (17) finished above India because they had more gold medals than India.

Only 37 of the 49 participating nations could win a medal in the 2018 Games. Sri Lanka and Bangladesh for example would return home without a medal and Pakistan got only four bronze medals and Afghanistan had two bronze medals.

In the last Asian Games India had 57 medals, including 11 gold and 10 silver. Though this time India won 15 gold to equal the previous best of 15 golds in the inaugural Asian Games in 1951, it could not move up in overall standing. In 1951 India, as a host, was second. In 2010 when India had its richest haul of 65 medals, including 14 golds, it was placed sixth.
India brought a squad of 574 athletes to Jakarta and ended with 69 medals, including 15 golds and 24 Silver medals - the best ever in 67 years history of the games.
This time India won medals in 17 different sports with athletics contributing the major share, 19 medals, including seven gold medals. It was revival of Indian athletics as India reasserted its supremacy not only in  some jumping and throw events but also in track events, including 800 m for men besides holding fort in relays.
Record number of medals notwithstanding, India had mixed games. There were some excellent performances and some big disappointments also.
If boxer Amit Kumar defeated the current Olympic champion to win gold in 49 kg boxing, Joshua Chinappa shocked current world champion  Ann Nicol in squash, and teenaged prodigy shooter Saurabh besides javelin thrower Neeraj Chopra, shot putter Tejinderpal Singh Sidhu and triple jumper Apinder Singh  to win laurels for India, shocking were relegation of Indian Kabaddi and hockey teams, first round defeat of wrestler Sushil Kumar and failure of World champion shooter young Manu Bhaker.
If Saurabh Chaudhary was one of the youngest to win a gold medal here, Pranab Bardhan in bridge was the oldest to win a gold medal in the Games. Parnab and Shibnath Sarkar won the gold in Bridge men pairs event.  Parnab turned 60 in February this year.
Neeraj Chopra becomes the second Indian athlete after Milkha Singh to win gold medals both in Asian Games and Commonwealth Games. Likewsie PV Sindhu and Saina Nehwal have become only badminton players  to win a medal in all major sporting events, including Olympics, World Championships, Commonwealth Games and Asian Games.
India also won its first ever individual medal in women singles in Badminton with PV Sindhu getting a silver and Saina Nehwal winning a bronze.
Also ReaD: 18th Asian Games: Squash Saves Day For India
Vinesh also did India proud by winning a gold in wrestling. She is also the first  woman wrestler to win a gold in Asian Games.

Both in Kabaddi and hockey, Indian women teams  won a silver medal each while men in both the games ended with a bronze medal each.