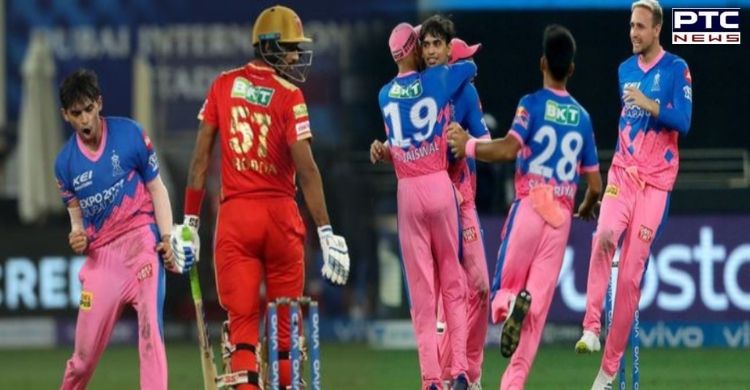 IPL 2021, PBKS vs RR: The sensational last over by Kartik Tyagi led Rajasthan Royals to a 2 runs win against Punjab Kings at the Dubai International Stadium on Tuesday.

Mayank Agarwal and KL Rahul's innings of 67 and 49, respectively, for the Punjab Kings, went in vain as their middle order failed them miserably after such a good start.

For Rajasthan Royals, Kartik Tyagi was the man of the hour as the pacer conceded just one run in the last over and picked two wickets to give his team a victory for the ages.

Also Read | IPL 2021: Biggest plus is having Shreyas Iyer back in Delhi Capitals, says Mohammad Kaif 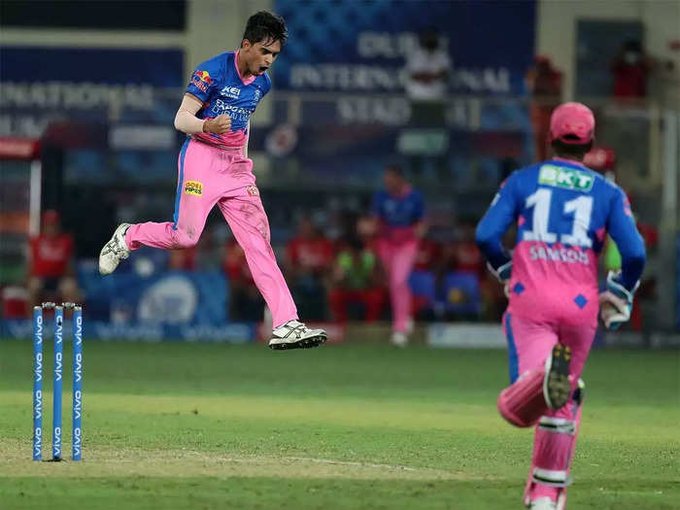 Chasing 185, PBKS had the best possible start as both of their openers Mayank Agarwal and KL Rahul displayed brilliant temperament and stunning flowing shots in the powerplay.

They propelled the Kings to 49 runs in the first six overs. The team in pink dropped, KL Rahul twice during the powerplay, which in the end proved very dearly to them.

In the 10th over of the innings, Mayank Agarwal brought up his half-century, and also completed his 2,000 IPL runs. After a much-needed boundary-less over, Rajasthan pegged Punjab for the first time in the match during the 12th over when Chetan Sakariya sent opposition team captain KL Rahul back to the pavilion. KL Rahul edged to short-third at the score of 49.

Soon, Rahul Tewatia struck in the 13th over as he sent back dangerous-looking Mayank Agarwal to the pavilion. Agarwal walked off after scoring 67 off 43.

With two new batsmen on the pitch, Rajasthan tried to shift the momentum of the match but Aiden Markram and Nicolas Pooran carefully stepped forward. The duo slowly stablised the ship for Kings and carefully picked the loose balls at death. Punjab needed just four runs to win off the last six balls.

But Kartik Tyagi had other plans in his mind as the pacer conceded just one run in the last over and picked two wickets as well to give Rajasthan a sensational win from the jaws of defeat.