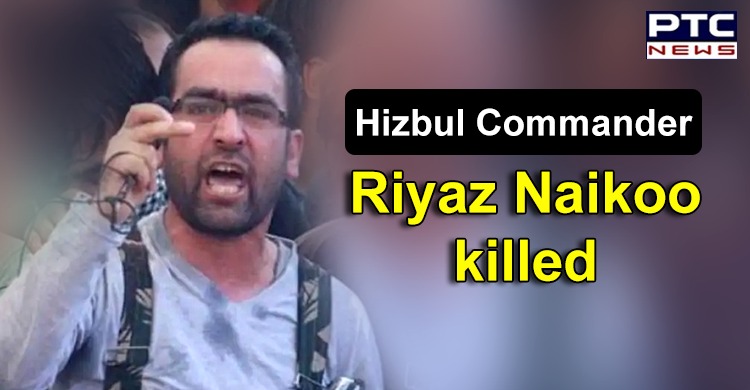 In a major victory for the security forces, a top Hizbul Mujahideen Commander Riyaz Naikoo has been eliminated in an encounter in a village in Kashmir's Pulwama district on Wednesday. Meanwhile, it prompted the authorities to suspend the mobile internet services across the valley, the police said. Likewise, strict restrictions imposed on the movement of people.

Riyaz Naikoo, an operational commander of the terror outfit Hizbul Mujahideen, was trapped in Beighbora village in Pulwama. As per the report, Riyaz became the de facto chief of the terror group after the death of Burhan Wani, the poster boy of militancy in the valley in July 2016.

Reportedly, he had managed to escape the police dragnet thrice in Shopian in South Kashmir. Likewise, in an encounter in another village in the district, two unidentified terrorists were killed, the officials said. In Sharshali village, 2 militants were neutralized. The identification of these militants is yet to be ascertained.

Recently, 5 security force personnel, including a Colonel and a Major and a police officer, were killed in an encounter with the militants in Handwara in north Kashmir on Sunday. To this, Rajnath Singh had tweeted: "The loss of our soldiers and security personnel in Handwara(J&K) is deeply disturbing and painful. They showed exemplary courage in their fight against the terrorists and made supreme sacrifice while serving the country. We will never forget their bravery and sacrifice."