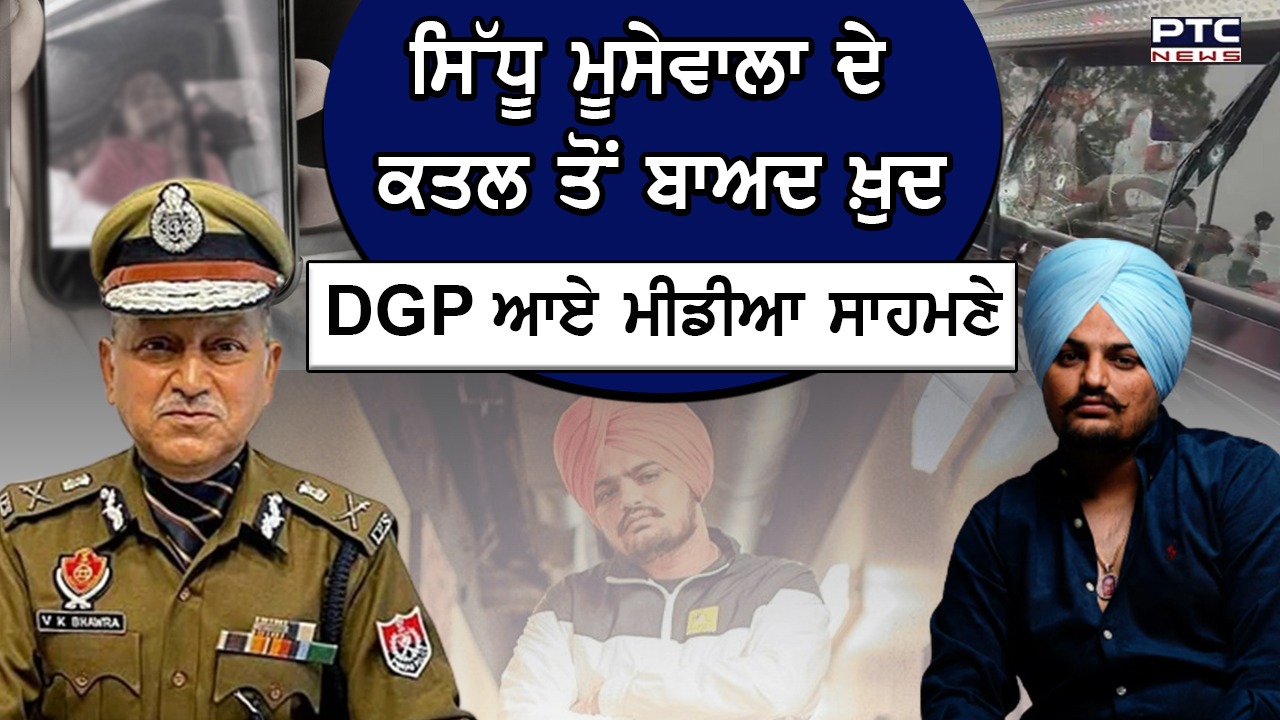 Chandigarh, 29 May: DGP Punjab VK Bhawra has just informed while addressing the media that after leaving his home Sidhu Moose Wala was driving his car along with two others in Mansa district, 2 cars came from front & firing took place.

He was injured & was taken to hospital where he was brought dead. It seems like an inter-gang rivalry. Lawrence Bishnoi gang is involved in this murder. Lucky, member of the gang has taken responsibility from Canada. He had 4 commandos from Punjab Police out of which 2 were taken back but he was having two commandos that Moose Wala didn't take along with him today.

DGP informed that Sidhu Moose Wala had a private bulletproof car that he didn't take with him. He added that on the orders of the CM, IG range has been directed to form an SIT. 3 weapons were used. SSP Mansa & SSP Bathinda deployed there. ADG law & order has mobilized additional forces.

Sidhu Moosewala had four police gunmen on his security, two were withdrawn yesterday by Punjab Government. It is also negligence on why he was traveling without two of his security personnel. He reportedly told police gunmen not to accompany him.

Punjabi singer and rapper Sidhu Moose Wala had joined the Congress before the Punjab elections. Moose Wala had contested the Assembly polls on Congress ticket from Mansa. He was defeated by AAP’s Dr. Vijay Singla with a margin of 63,323 votes.

Former PPCC Chief Navjot Singh Sidhu is the one who had convinced Moose Wala to contest elections, granting him ticket from Mansa Assembly constituency.