Ludhiana cylinder blast: Hospital has lack of equipment and doctors for burn cases 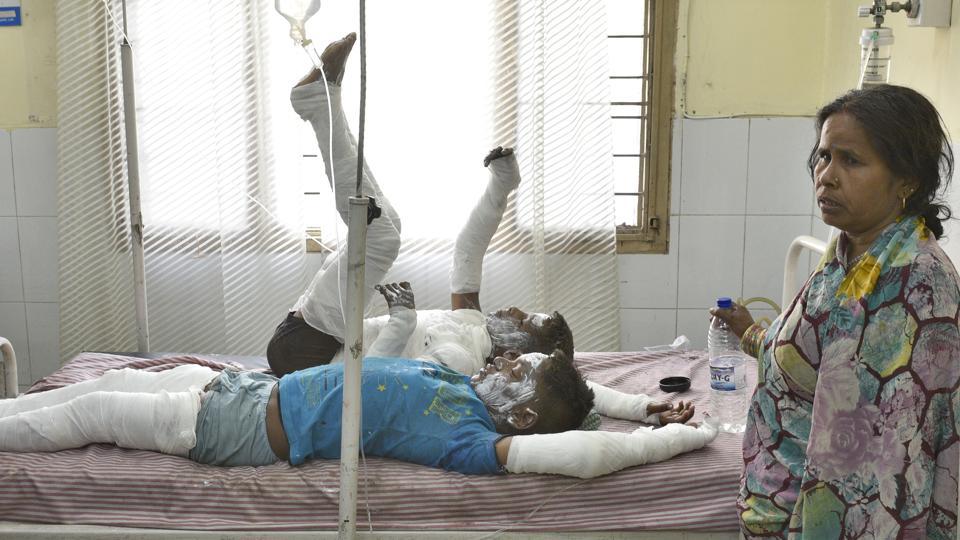 The Ludhiana civil hospital’s ill-equipped burn unit was exposed after the cylinder blast in a house took place on Thursday morning. The local civil hospital only has four beds for its patients to be treated.

A 40-year-old woman died while 33 people, including nine women and five children, suffered burn injuries in the horrific incident.

As the number of injured increased over time on the same morning, the hospital authorities converted the dengue and swine flu wards into a critical care unit to cater to the increased rush of burn patients.

The civil hospital referred 14 seriously injured patients to the Christian Medical College and Hospital due to lack of sufficient equipment and doctor.

Though a team of senior doctors, including the senior medical officer (SMO), reached the hospital as early as 7.30 am to trat the injured, lack of infrastructure made it difficult for the staff to manage the large number of patients.

Even bed sheets were not available at the ward when the patients reached the hospital, a relative of the injured said.

Dr Milan Verma, surgeon, civil hospital, said, “We have a 20-bedded hall which is used for such disasters. We have provided best possible treatment to the patients and referring the serious patients to CMC.”