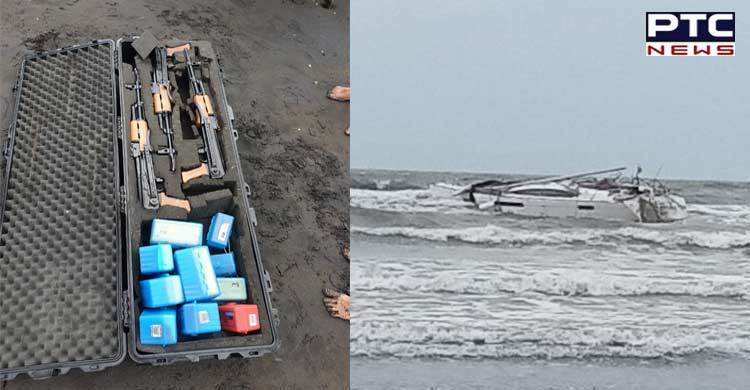 Raigad (Maharashtra), August 18: A "suspicious" looking boat with arms and explosives has been found near the Harihareshwar beach in Maharashtra's Raigad, officials said on Thursday.

Following the discovery of the abandoned boat filled with arms and live ammunition on Thursday, the security in the Raigad district of Maharashtra and nearby areas was tightened.

The investigation is underway.

According to reports, the police have seized three assault rifles, reportedly AK-47s, and 10 boxes of live ammunition in an abandoned boat off the coast of Maharashtra's Raigad.

Furthermore, according to the local police officials, a lifeboat had also been recovered and both vessels were empty when found.

"Coast Guard and Maharashtra Maritime Board have been informed... police are taking the necessary action," an unnamed cop informed.