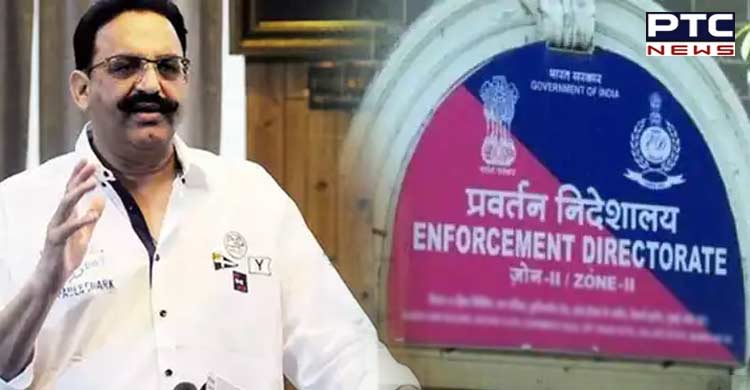 In another blow to Ansari, the Enforcement Directorate (ED) raided the property of relative and close aides of the gangster-turned-politician in Ghazipur, Uttar Pradesh, on Thursday morning. As per the reports, ED is conducting raids at nearly 11 locations in Uttar Pradesh and Delhi which are linked to Ansari.

According to sources, the agency raided Mukhtar Ansari's ancestral home as well as the residences of his family members, Chartered Accountant and close associates.

Sources said that the ED team arrived at Mukhtar Ansari's house in Mohammadabad on Thursday morning and began an investigation.

Meanwhile, another ED team conducted raids at the premises of Vikram Agrahari, Ganesh Mishra and the owner of Khan Bus Service.