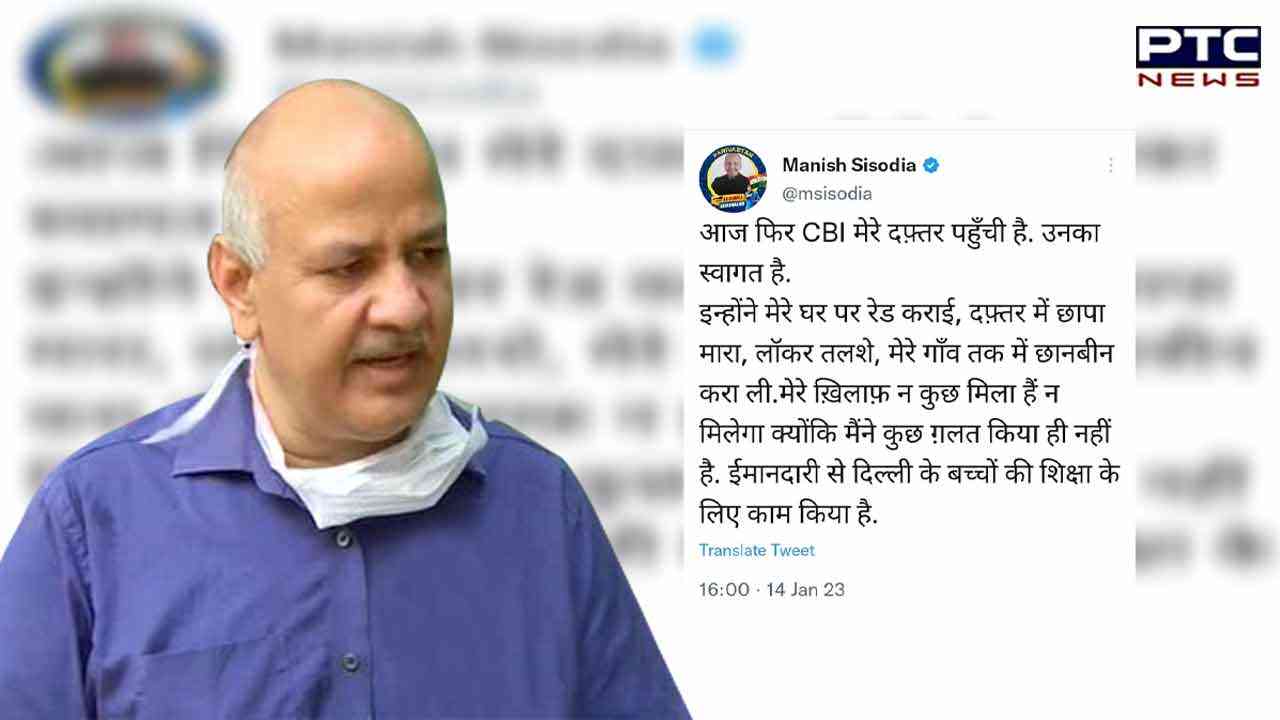 New Delhi, January 14: CBI raids are underway at the office of AAP leader and Deputy Chief Minister Manish Sisodia at the Delhi Secretariat.

"Today again CBI has reached my office. They are welcome. They raided my house, raided my office, searched my locker, and even searched my village. Nothing has been found against me and nothing will be found because I have not done anything wrong. Sincerely worked for the education of the children of Delhi," tweeted Sisodia.

Last August, the CBI searched Sisodia's Punjab National Bank locker in connection with the Delhi Excise Policy 2021-22 money laundering case, and according to him, the CBI found nothing.

According to a CBI official, several raids were also conducted last year at 21 locations in Delhi and the National Capital Region, including Sisodia's residence and the offices of four public servants. As per the official, raids were carried out in seven different states.

The investigation was carried out after the Chief Secretary to Delhi's Lieutenant Governor VK Saxena forwarded a report recommending a CBI investigation into the matter.

The excise policy was approved by the Delhi Cabinet led by Chief Minister Arvind Kejriwal in the midst of the deadly Delta Covid-19 pandemic in 2021. According to the Delhi government, the policy was designed to ensure maximum revenue generation and to eliminate the sale of spurious liquor or non-duty paid liquor in Delhi, as well as to improve user experience.