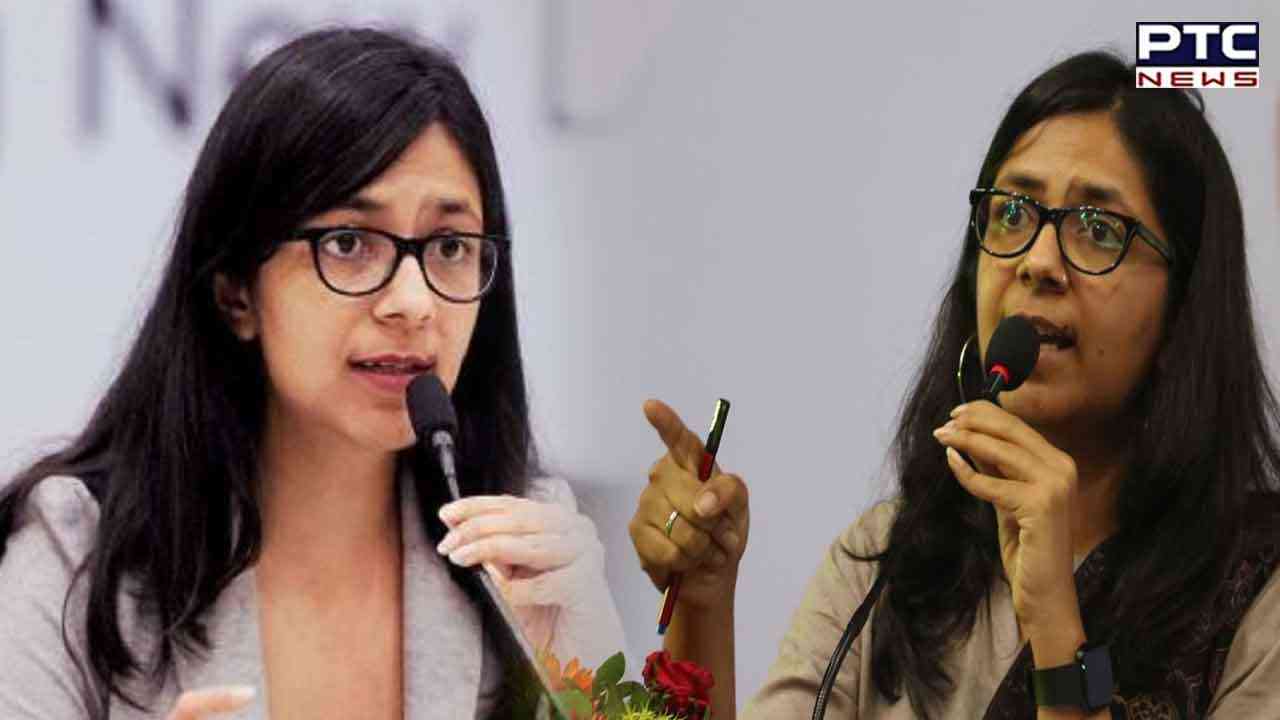 New Delhi, January 19: Delhi Commission for Women chief Swati Maliwal has alleged that she was "molested" and "dragged by a car" for several meters opposite AIIMS in the national capital in the early hours of Thursday morning. Meanwhile, Delhi Police on Thursday said that it has arrested one person in connection with an incident reported.

Also Read| Punjab CM Bhagwant Mann orders closing of Ferozepur’s Zira Liquor factory
Speaking to ANI, DCP South Chandan Chowdhary stated that according to Maliwal she was with her team outside the All India Institute of Medical Sciences here at around 2.45 am when the arrested person later identified as Harish Chandra hailing from city's Sangam Vihar and who appeared to be in an inebriated state approached her. The DCW chief in her complaint to police alleged that the man who was driving a white-coloured car stopped his car near where she was standing and "made indecent gestures" at her. He then beckoned her to sit inside his vehicle, claimed Maliwal. When the DCW chief reprimanded him, the man allegedly went away but returned a short while and again repeated his actions, police said.

"She was standing with her team at Gate number 2 of the AIIMS which falls under the Kotla police station area. According to her, when she was standing on the footpath, a white-colored vehicle approached her whose driver offered her a lift and started insisting that she sit inside the car.

"When she refused again and went near the driver's side window to reprimand him the man rolled up the car's glass window and her hand got stuck and she got dragged for about 10-15 metres," the DCP Chowdhary said.

The police official said that a PCR call was received at around 3.12 am and a police team including ACP Hauz Khas reached the spot at around 3.20 am the accused was apprehended.

"The police took a written complaint from Maliwal and sent her and the accused for medical examination," the DCP added.

A case was registered under the IPC in which Sections of molestation (354) were also included. Other sections include 323/341/509 IPC and 185 Motor Vehicles Act.

Maliwal's claims came days after a 20-year-old woman identified as Anjali died after allegedly being dragged in the Kanjhawala area of Delhi for several kilometres.