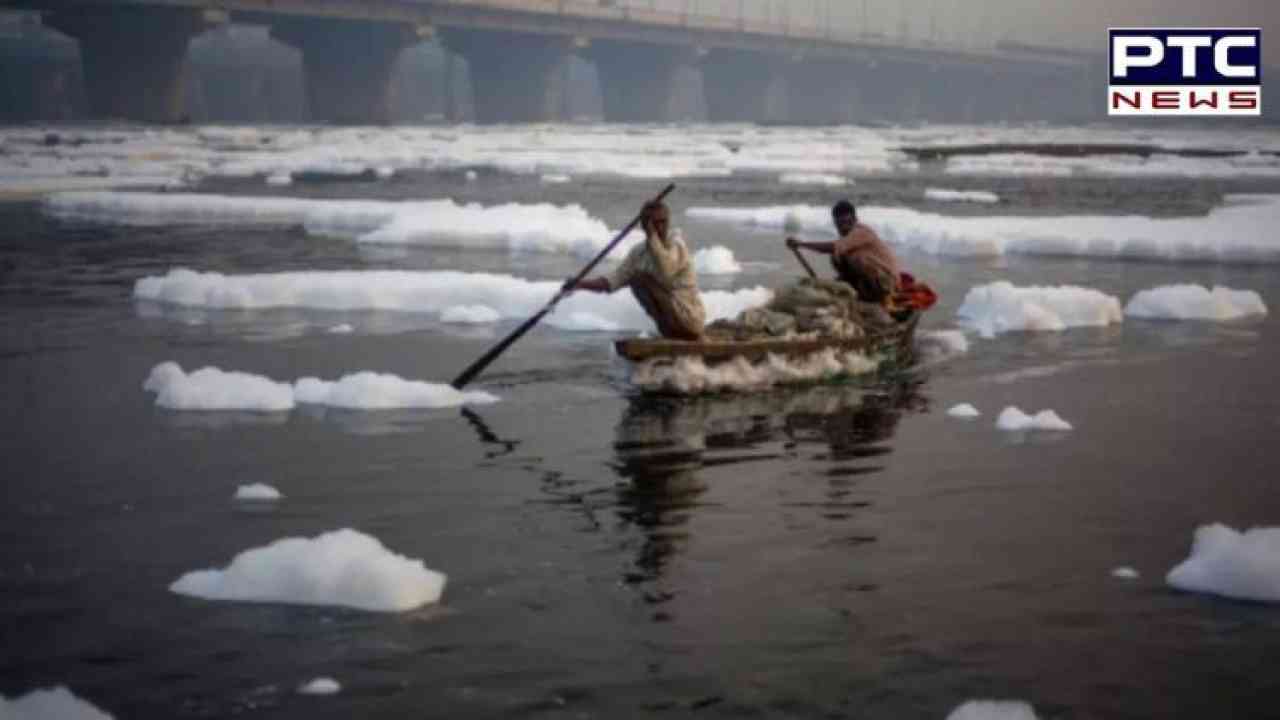 New Delhi, January 16: Pollution in river Yamuna has doubled during the last eight years of the Kejriwal-led Aam Aadmi Party (AAP) government in Delhi, according to a statement from the Lieutenant Governor's Office.

In 2014, the pollution in the river in terms of Biological Oxygen Demand (BOD) was within acceptable limits at Palla, where the Yamuna enters Delhi, at a mere 2. In 2014, the river's BOD load was 32 when it left Delhi at Okhla Barrage. However, while the BOD load at Palla remains at 2, it has risen to a staggering 56 at Okhla, according to the statement.

The year-on-year increase in pollution has been consistent since 2014, with the exception of 2019, when Haryana - which was repairing the Yamuna Canal - released more than four times as much water into the Yamuna from the Hathini Kund Barrage. Pollutants were washed downstream as a result of the same.

According to the statement, the increase in pollution is primarily due to the Aam Aadmi Party (AAP) government's failure to ultimately control pollution from the Najafgarh Drain, despite the Supreme Court's and the National Green Tribunal's repeated orders and monitoring.

According to the LG Office, the Najafgarh Drain accounts for 68.71% of the wastewater discharged into the Yamuna, with the Shahdara Drain accounting for 10.90% of the discharge.

As per the LG Office, the fact that the BOD load discharged into Yamuna by Najafgarh Drain is 70% and the figure for BOD load from Shahdara Drain is 13.95% shows that cleaning of both of these drains has gone unaddressed.