Punjab: SAD chief calls on UP CM Yogi to take up issues of Sikhs 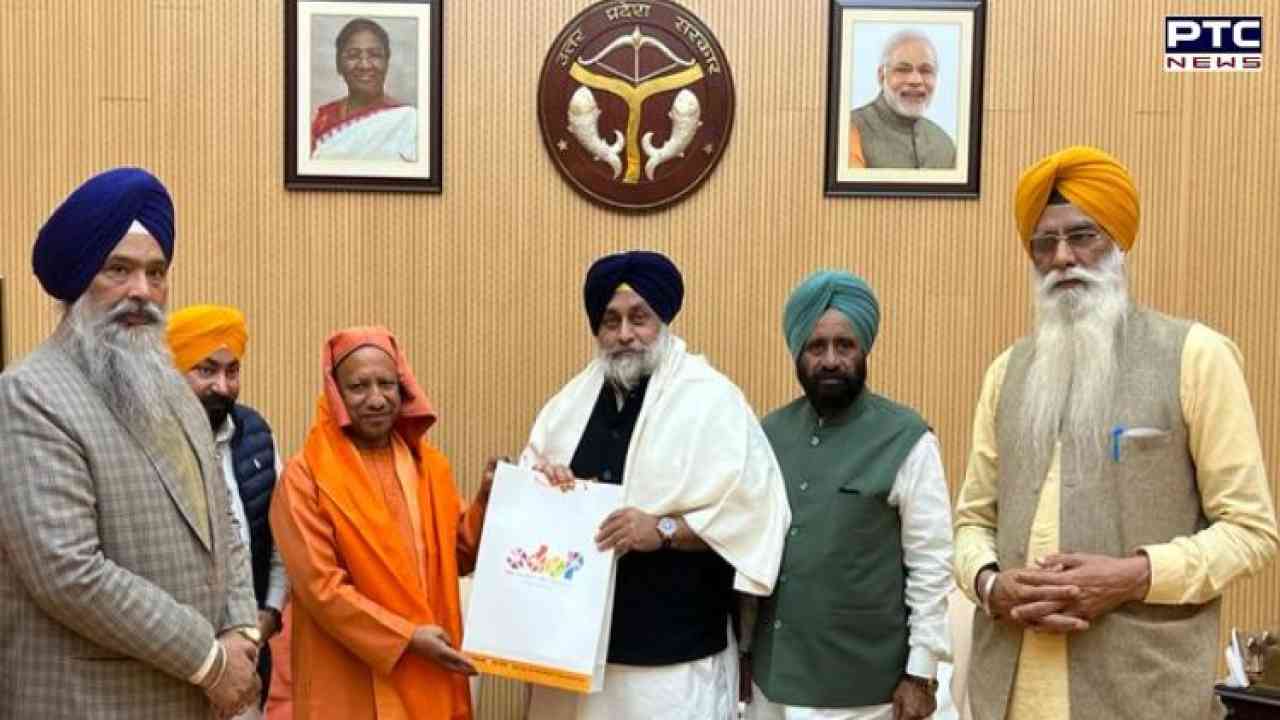 Punjab: SAD chief calls on UP CM Yogi to take up issues of Sikhs

Chandigarh, December 17:  Uttar Pradesh chief minister Yogi Adityanath resolved all pending issues of the Sikh community brought to his notice by a Shiromani Akali Dal - Shiromani Gurdwara Parbandhak Committee (SGPC) delegation by assuring no Sikh farmer would be victimised besides promising to withdraw all pending cases against Sikhs with regard to the Saharanpur gurdwara clash in 2014.

Briefing about the meeting, Sukhbir Badal said it was held in a very positive atmosphere with relevant officers of different departments also being summoned by the chief minister to get direct feedback about all issues concerning the welfare of Sikhs on the spot.

Sukhbir Badal thanked the UP chief minister to taking special interest to resolve the pending cases and asserted this would go a long way in bolstering the morale of the Sikh community in Uttar Pradesh.

Giving details, Badal said though with the intervention of Yogi Adityanath displacement of Sikhs from lands being cultivated by them had been prevented in 2020 on the request of a SAD delegation in 2020,  in certain cases eviction notices had been issued again to Sikh farmers. The chief minister, after giving a patient hearing, announced that he would not allow any Sikh farmer or Punjabi to be victimised in Uttar Pradesh. He agreed with the SAD President that Sikh farmers had paid with their blood and sweat to make the lands they were tilling fertile. The chief minister asked minister of state Baldev Singh Aulakh to go into all the cases so that they could be resolved amicably. The cases include eviction notices issued to Sikh farmers in Moradabad, Bareilly and Lucknow Circles.

The delegation also apprised the chief minister that some cases related to a clash between two communities over land belonging to a gurdwara in Saharanpur in 2014 still remain unresolved. It said following the clash, mediation was effected between leading members of both communities and it was resolved that members of both communities would withdraw counter cases registered against each other. It said while some cases were withdrawn, few cases persisted and solicited the intervention of the chief minister to resolve this issue to which Yogi Adityanath agreed.

The delegation also apprised the chief minister about the Pilibhit fake encounter case of 1991 in which ten Sikhs were killed after PAC personnel stopped a pilgrim bus and separated the male members from their families and stage managed three separate “encounters”.

It said the Allahabad high court had recently set aside the life imprisonment awarded to 43 PAC personnel in the case and sentenced them to a seven years term. The delegation said the Sikh community felt that exemplary punishment should be awarded in the case as innocents were killed by calling them terrorists. It urged the UP government to file a review appeal in the case in the Supreme Court. The chief minister assured to look into the matter sympathetically and  assured justice would be done in the case.