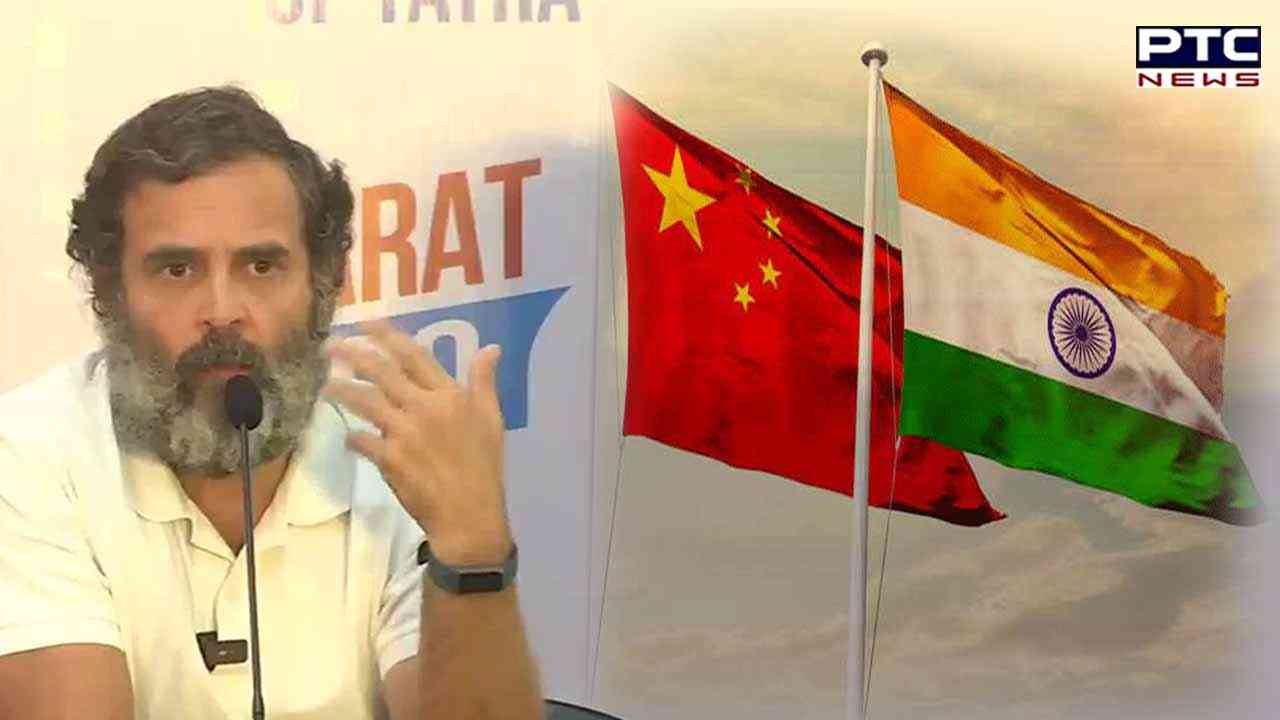 Jaipur (Rajasthan), December 16: Amid an ongoing border dispute, Congress leader Rahul Gandhi on Friday flagged a "clear threat from China," claiming that the neighbouring country is "preparing for war." The Congress MP further alleged that the Centre is "hiding and not accepting it".

In an apparent reference to the recent faceoff between the Indian and Chinese soldiers in Arunachal Pradesh's Tawang sector on December 9, the Congress leader said that China is making an "offensive preparation on the side of Ladakh and Arunachal" while the Indian government "is in slumber".

"There is a clear threat from China. The government is trying to hide it and ignore it. But that threat cannot be ignored or hidden. China is making offensive preparation on the side of Ladakh and Arunachal Pradesh. The Indian government is in slumber. It doesn't want to hear it. China is preparing for war, not for an incursion," Rahul Gandhi said while addressing the media.

"If you see the pattern of their weapons, they are preparing for war. Our government is hiding it and is not accepting it," he further said.

The Congress MP also slammed External Affairs Minister S Jaishankar and said that he should "deepen his understanding".

"This is happening because the Indian government is working event-based and is not working strategically. When there is a matter of international relations, no event works there. Power works there. I have said multiple times that we should be careful. The EAM should deepen his understanding," he added.

Rahul Gandhi further questioned the media and said that it would not ask questions about him over the ongoing border row with China.

"The ones who captured 2,000 sq km of India and killed 20 Indian soldiers, and are thrashing our soldiers in Arunachal Pradesh. I said to my friend that the Indian media would not ask me questions about it," he stated.

Earlier on Tuesday, Defence Minister Rajnath Singh told Parliament that Chinese troops attempted to cross the LAC at Yangtse in Arunachal Pradesh's Tawang sector in an attempt to "unilaterally change the status quo," but were met with a firm and resolute response, forcing the Chinese side to retreat.

Singh stated in both the Lok Sabha and the Rajya Sabha that the clash resulted in a physical scuffle that injured a few personnel on both sides, but that "there were no fatalities or serious casualties" among Indian soldiers.