Uddhav Thackeray expresses his condolences over death of Vikram Gokhale 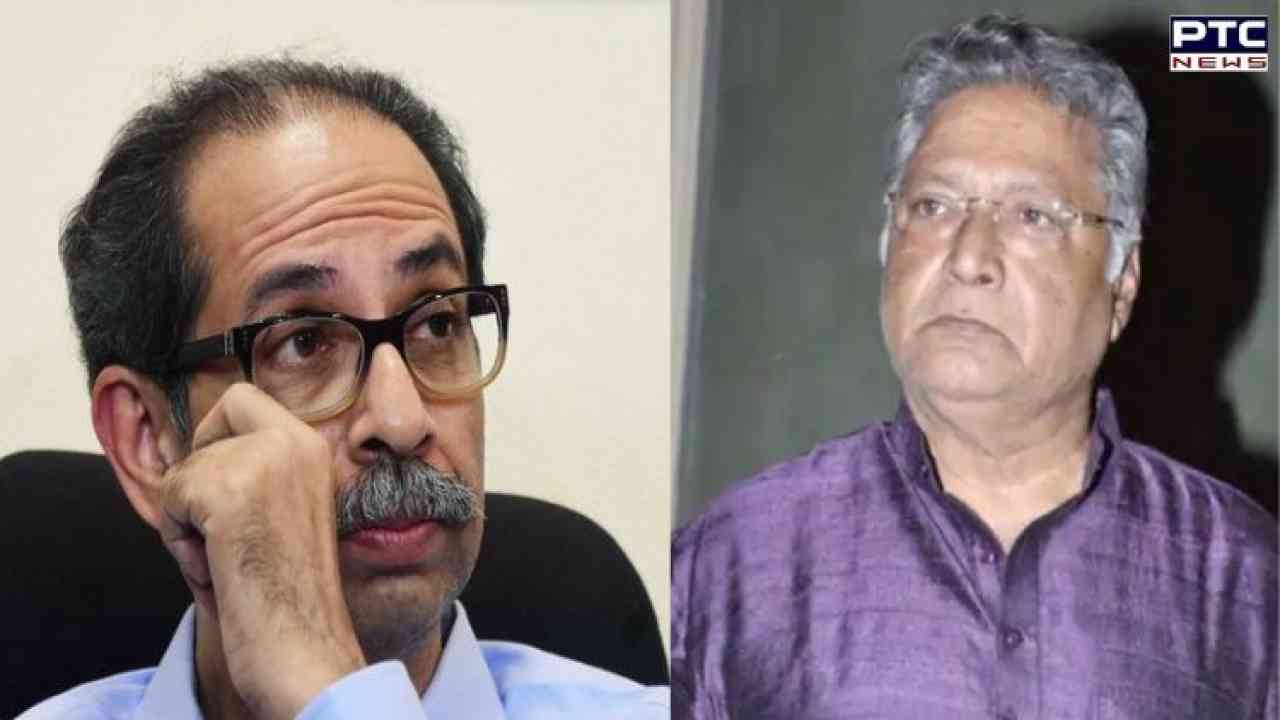 Uddhav Thackeray expresses his condolences over death of Vikram Gokhale

Leaders mourn Vikram Gokhale: Maharashtra's former Chief Minister Uddhav Thackeray on Saturday expressed his condolences over the death of the renowned actor Vikram Gokhale who passed away today at the age of 77.

Thackeray said that he was shocked to hear about the actor's demise.

"Vikram has gone. Can't believe it. He was in touch till yesterday. He had strong opinions on many subjects. Clear communication was his specialty. He was a popular Marathi face in Hindi cinema. His passing is shocking. It seemed that he would come back after beating death, but unfortunately. I pay my respects to this great contemporary leader," he said.

Veteran actor Vikram Gokhale, who passed away in Pune's Deenanath Mangeshkar Hospital on Saturday at the age of 77, was a film, television and stage artiste, known for his roles in Marathi theatre and Hindi movies and shows.

He had been on a ventilator support system for some time before he breathed his last today. According to a statement from his wife he had "multiorgan failure."


The late actor's body was kept for Antim Darshan at Balgandharv Rangmanch and his last rites were being done at Vaikunth Samshan Bhumi in Pune.


"The cinema and theater industry has suffered irreparable loss due to the death of veteran actor Vikram Gokhale, who graced both Marathi and Hindi cinema. He was not only an accomplished actor, director, stage artist, but also a man with a big heart and a wide social consciousness," Fadanvis said.


He further offered his condolence to the actor's family.

"With the death of Vikram Gokhale, the moving university of acting has disappeared. I pay my heartfelt tributes to Vikram Gokhale who did justice to every role and brought life to that character. May his family and his millions of fans find the strength to bear this loss, pray to God!" he added.


Through the course of his long and successful career, Vikram Gokhale appeared in both Hindi and Marathi films. Born in Poona, Bombay Presidency on November 14, 1945, the veteran actor came from a family where acting ran in their blood.

Following that he acted in several Marathi and Bollywood films, including Amitabh Bachchan's 'Agneepath' in 1990 and 'Hum Dil De Chuke Sanam' with Salman Khan and Aishwarya Rai Bachchan in 1999. He continued to work in Bollywood films like 'Bhool Bhulaiyaa', 'Bang Bang' and 'Mission Mangal' among others.

Vikram Gokhale is survived by his wife Vrushali Gokhale and their two children.