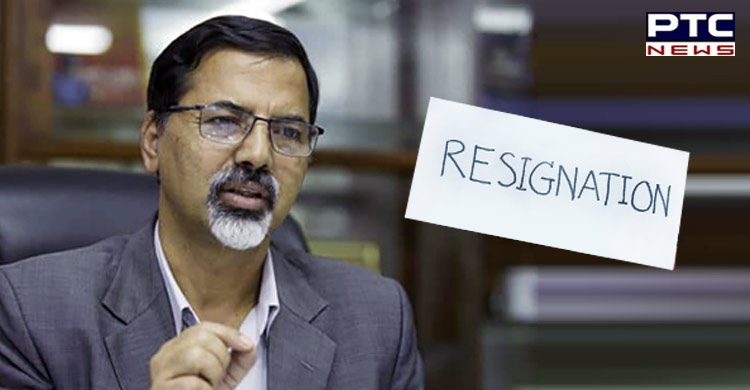 Sharma's resignation comes after the formation of an 11-member parliamentary investigation committee into allegations of breaching budgetary discipline, which experts say amounts to financial crime, according to the Kathmandu Post. He announced his resignation while speaking in front of the House of Representatives.

"While I fully refute allegations against me, I have decided to cooperate in the investigation. I announce my resignation to facilitate the probe process," said Sharma in his address to Parliament.

Sharma has allegedly been involved in a number of controversies. In the most recent, he was accused of inviting two unauthorised individuals to amend tax rates on May 28, a day before presenting the budget for the new fiscal year, according to the Kathmandu Post.

Earlier on Wednesday, discussions started to form a parliamentary committee to probe the charges levelled against Sharma.

The CPN-UML has four members on the committee, the Nepali Congress has two, the Maoist Centre has one, and the CPN (Unified Socialist), Janata Samajbadi Party, and Loktantrik Samabajbadi Party each have one.

The biggest opposition party, the CPN-UML, has been calling for Sharma's resignation since reports surfaced that he conspired with two people to adjust tax rates, according to the Kathmandu Post.

Amid requests for an investigation against Sharma, a new controversy arose when the ministry failed to provide the CCTV footage from May 28, claiming that just 13 days of recording are possible.

In response to a request for CCTV footage, the Finance Ministry stated that it was erased because just 13 days of footage remained in storage.

The ministry's response has raised a number of concerns. Civil society members have also sought Sharma's resignation and an independent investigation into the incident, according to the Kathmandu Post.