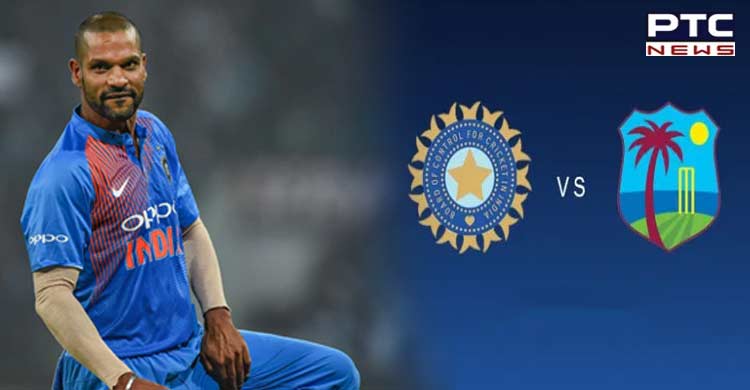 New Delhi, July 6: The Board of Control for Cricket in India (BCCI) has announced a 16-member squad for the three-match ODI series against the West Indies. Shikhar Dhawan will lead India in the ODI series which will begin on July 22.

The move comes as BCCI decided to rest some of its top players including captain Rohit Sharma, Virat Kohli and Jasprit Bumrah.

The team also does not feature Hardik Pandya, Rishabh Pant and Dinesh Karthik. In their absence, all-rounder Ravindra Jadeja is named vice-captain of the side.

Deepak Hooda, Arshdeep Singh, Avesh Khan, and Prasidh Krishna are among the young players in the squad.

With Rishabh Pant rested for the series, the India squad only has two wicket-keeping options - Ishan Kishan and Sanju Samson.

"The All-India Senior Selection Committee has picked the squad for the three-match ODI series against the West Indies to be played at the Queen's Park Oval, Port of Spain, Trinidad," BCCI said.