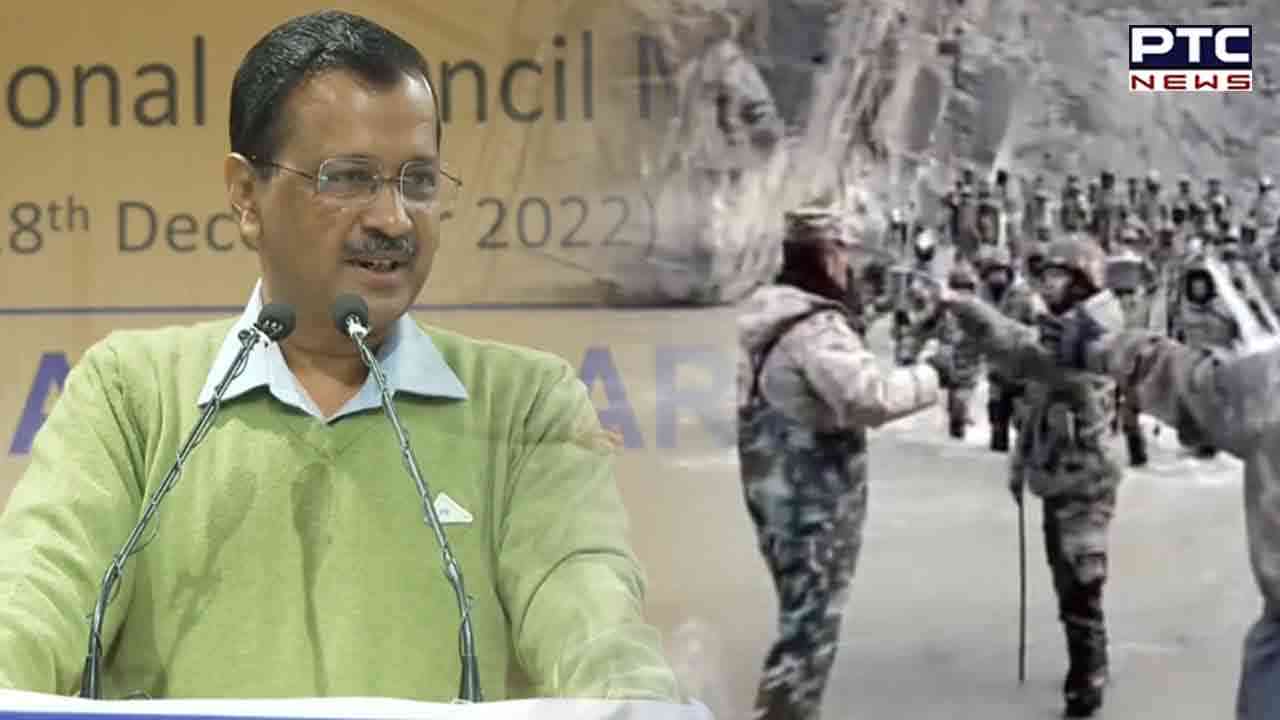 New Delhi, December 18: Delhi Chief Minister Arvind Kejriwal, who presided over the National Council meeting of the Aam Adami Party (AAP) held at at Calista Resort in Kapashera on Sunday, called on the public to boycott Chinese products. He criticized the Modi government, saying it they don’t care about the lives of its soldiers. Indian soldiers prevented Chinese troops from entering the Indian territory last week during a border face-off that led to injuries on both sides, the government said earlier this week. The recent skirmish was the first since deadly clashes in June 2020 when Indian and Chinese troops were involved in hand-to-hand combat in the Galwan Valley of Ladakh, in which 20 Indian soldiers lost their lives.

Adding further he said, "The government is driving away the people of India and hugging the people of China. Traders and industrialists are leaving India."

At the event, Kejriwal also categorically pointed out the difference between AAP and other parties. "One party is enmeshed in corruption, whereas the other party promotes hooliganism and provides shelter to the goons. People can see that AAP stands for honesty and impartiality."

Talking about the divine intervention bestowed upon him and his party, he cited back-to-back success stories of AAP this year. "In one year we got Punjab, won the Municipal Corporation of Delhi (MCD), 2 MLAs in Goa and 5 MLAs with 14% vote share in Gujarat. In reference to the Gujarat success, one person told me that I milked a bullock," quipped Kejriwal.

On top of that, Kejriwal earlier claimed that his 10-year-old party has become a "national party" after AAP got almost 14 per cent votes in the Gujarat Assembly election.