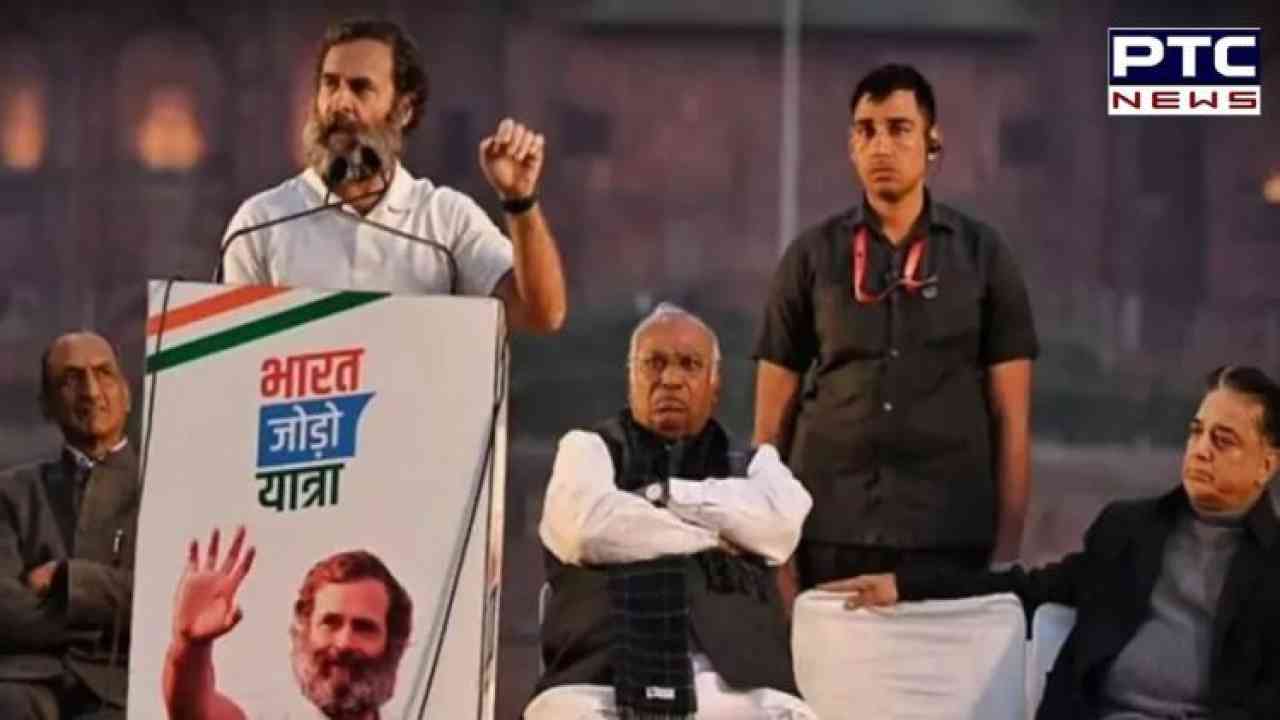 New Delhi, December 24: Congress leader Rahul Gandhi on Saturday slammed the Bharatiya Janata Party (BJP)-led Centre and said that Hindu-Muslim is being done to divert attention from the real issues.

"It is not Narendra Modi's government. It is Ambani and Adani government. Hindu-Muslim is being done to divert attention from the real issues. Today degree holder youths are selling 'pakoras," Rahul Gandhi said while speaking from the red fort.

Referring to Bhagwad Gita and Upanishads, he further added that nowhere in the Hindu texts it is written to oppress the poor.

"In Bharat Jodo Yatra, dogs also came but no one harmed them. Cow, buffaloes, pigs, all animals came. This Yatra is like our India, I have not seen any hatred or violence among people while walking 2,800 km, I have not seen violence or hatred anywhere in the country. But when I turn on the TV, there is hatred all the time," he added.

"BJP is in fear due to Bharat Jodo Yatra and is taking the excuse of COVID. There is no COVID anywhere. Nothing happened to anyone. PM Modi himself does not wear a mask. All this is being done to create fear and break this Yatra," Kharge added.

On Saturday, the actor-turned-politician Kamal Haasan also participated in the Bharat Jodo Yatra.

Kamal Haasan said while speaking from the Red Fort, "Many people ask me why I am here. I am here as an Indian. My father was a Congressman. I had various ideologies and started my own political party. But when it comes to the country, all political party lines have to blur. I blurred that line and came here. I stood in front of the mirror and said to myself - this is the time when the country needs me the most. Then a voice came from inside me - 'Kamal... do not help break India, help unite."

On Saturday morning, the Bharat Jodo Yatra arrived in the nation's capital. Sonia Gandhi, a former head of the Congress, recently participated in the yatra for the first time since it began on September 7. Along with her husband Robert Vadra, Priyanka Gandhi, the general secretary of the Congress, joined.