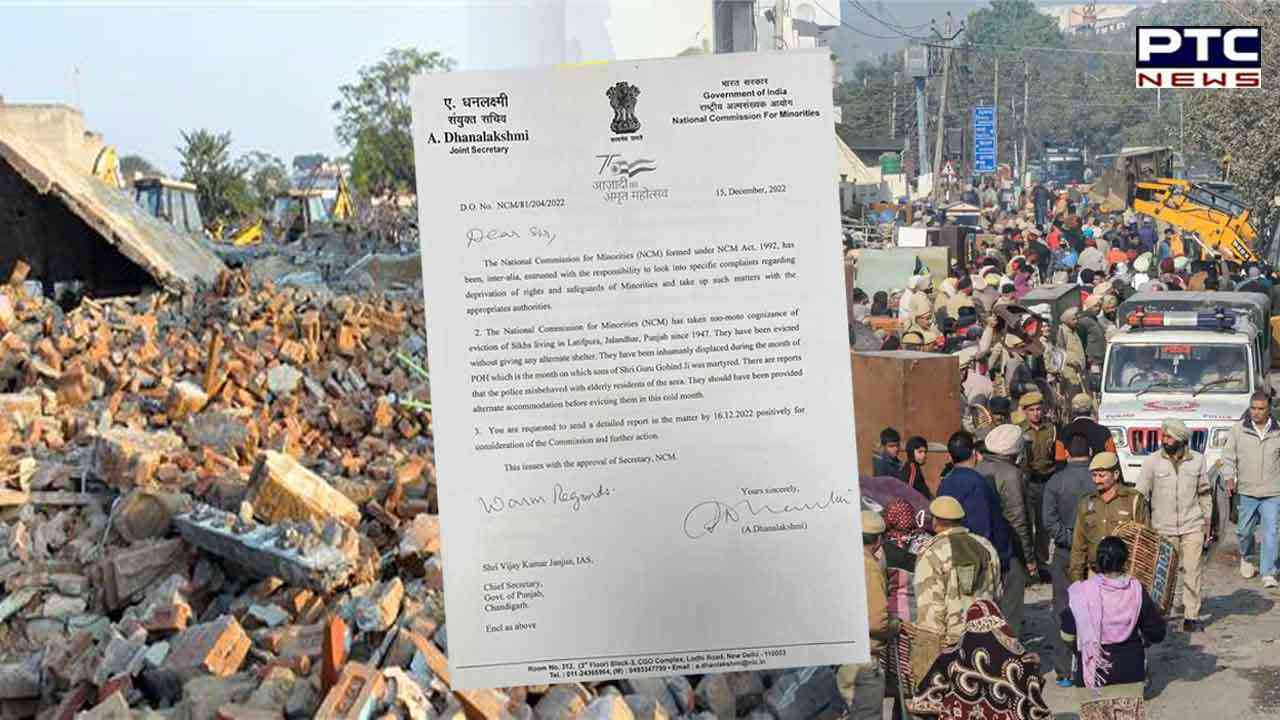 Jalandhar, December 16: The National Commission for Minorities (NCM) has took suo-moto cognizance of eviction of Sikhs living in Latifpura, Jalandhar, Punjab since 1947. Issuing a letter to Vijay Kumar Janjua, IAS, Chief Secretary, Government of Punjab, the commission for minorities wrote, “They have been evicted without giving any alternate shelter. They have been inhumanly displaced during the month of POH (Winter) which is the month on which sons of Shri Guru Gobind Ji was martyred. There are reports that the police misbehaved with elderly residents of the area. They should have been provided alternate accommodation before evicting them in this cold month.”

Taking suo moto cognizance of the matter, National Commission for Minorities sought a detailed report in the matter by 16- December- 2022 for consideration of the Commission and further action.
Notably, a number of people were rendered homeless after the demolition drive at Latifpura. However, the state government has decided to rehabilitate the affected EWS families in Jalandhar. Their houses were built on public land and the Supreme Court had given a decision in favour of the Jalandhar Improvement Trust.

The National Commission for Minorities (NCM) formed under NCM Act, 1992, has been, inter-alia, entrusted with the responsibility to look into specific complaints regarding deprivation of rights and safeguards of Minorities and take up such matters with the appropriates authorities.