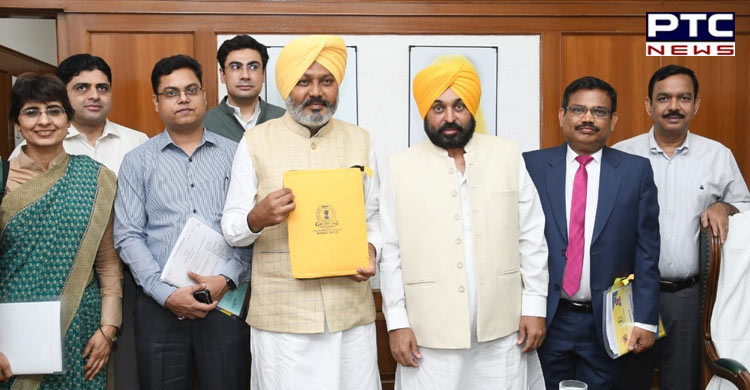 The Punjab government has proposed an expansionary budget with focus on infrastructure, according to the budget speech on June 27.

The state has proposed a Rs 1.56 lakh crore budget for this financial year 2022-23, a growth of 14.2 percent from the previous fiscal. The state’s fiscal deficit has been pegged at 3.78 percent of the gross state domestic product for the fiscal year, while its effective outstanding debt to GSDP has been estimated at 45.23 percent.

“We have to moderate our revenue expenditure while elevating our capital expenditure and implement policies that would result in sustained GDP growth, leading to overall development of the State.”

To get states on board the goods and services tax regime, the Centre had promised them 14% growth in revenues by levying a special cess. The so-called GST compensation to states ceases from June 30, and this will hit states’ finances, which have been under unprecedented stress due to the coronavirus pandemic.

Punjab's revenue expenditure for the fiscal is proposed at Rs 1.08 lakh, up 5.35 percent on-year, while the capital expenditure is pegged at Rs 10,981 crore, 8.95 percent higher over the previous year.

The government shall continue providing free power for the agriculture sector and has made an allocation of Rs 6,947 crore in the fiscal year.

Meanwhile, Rs 23,498 crore has been allocated across infrastructure sectors in the state, according to the budget speech.

The state has a revenue roadmap to achieve expenditure goals in priority sectors this year and has already initiated revenue augmentation measures, the finance minister said.

Punjab’s new excise policy would be a “game changer”, the minister said, as it would break monopolies and oligopolies that have developed in this sector over the years. The government is hoping for enhancement in excise revenue to Rs 9,648 crore, a rise of 56 percent from the previous fiscal year.