SC rules in favour to include unmarried women under abortion law 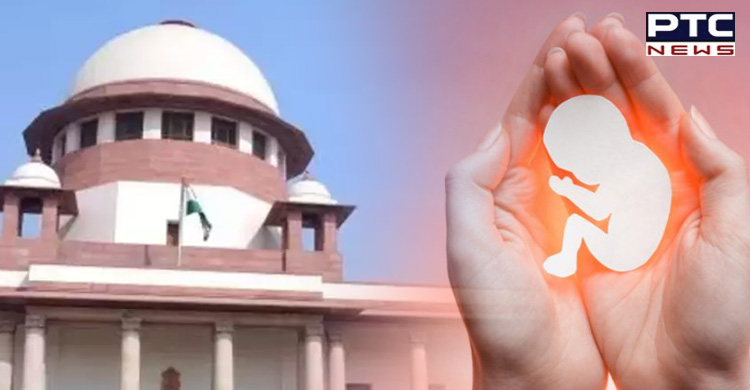 New Delhi, August 7: The Supreme Court, insisting on a "forward-looking" approach, has stated that any discrimination between married and unmarried women in respect of the medical termination of pregnancy law in India that prohibits a single woman to have an abortion after 20 weeks, violates her right to personal autonomy.

A Bench of Justices DY Chandrachud and JB Pardiwala stated it will interpret the Medical Termination of Pregnancy (MTP) Act and the related rules to determine whether unmarried women could be allowed to terminate 24-week pregnancies on medical advice.

"There has to be a forward-looking interpretation of the (MTP Act and Rules) law in view of the advancement made in the medical field," the top court asserted.

For married women, special categories—including rape survivors, other vulnerable women, such as the differently-abled, and minors—the maximum window for terminating a pregnancy is 24 weeks; the corresponding window for unmarried women in consensual relationships is 20 weeks.

The Court asked for the assistance o Additional Solicitor General Aishwarya Bhati, appearing for the Centre and has now posted the case for hearing on August 10.

"When there are exceptions provided under the law, then why unmarried women can't be included to terminate 24-weeks pregnancy if the medical advice permits so? The parliamentary intent appears to be clear as it has replaced 'husband' with 'partner'. It shows that they have considered unmarried women also in the bracket of those allowed to terminate 24-weeks pregnancy," Justice Chandrachud stated.

Supreme Court further questioned that if the Medical Termination of Pregnancy [MTP] Act, 1971 and the Rules framed under it allow married women to terminate up to 24 weeks of pregnancy, then why unmarried women are denied the same, even though the risk is same for both.

The apex court went on to say that it can strike down the restrictive clause "for being manifestly arbitrary", which in turn would allow extending the benefit of terminating pregnancy above 20 weeks to unmarried women also.

At the outset of the hearing, the bench was informed that a 25-year-old woman, who was allowed to terminate her 24-week pregnancy on July 21, is safe after a successful procedure.

Earlier the court has said a woman can terminate her 24-week pregnancy as long as AIIMS Delhi determines that doing so poses no risk to the woman's life. The bench had stated that a woman cannot be denied abortion benefits simply because she is unmarried.

It stated that it would be against the aim and spirit of the statute to let the woman have an unwanted pregnancy.