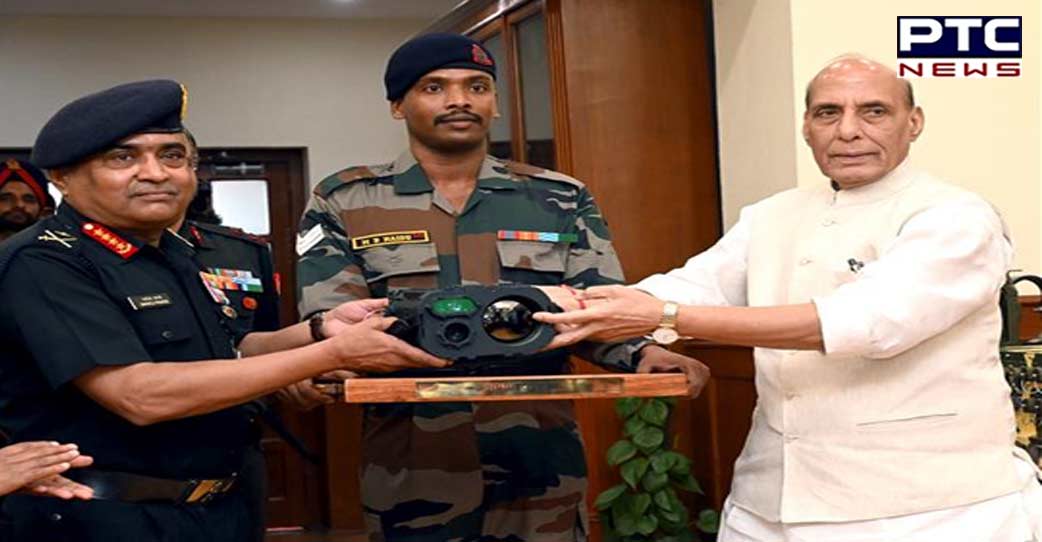 New Delhi, August 16: Defence Minister Rajnath Singh handed over a number of indigenous weapons to the Indian Army on Tuesday, according to officials.

Defence Minister Singh also handed over the anti-personnel mine 'Nipun' to the Indian Army. The Indian private sector industry would supply the force with approximately 7 lakh of these mines.

Landing Craft Attack for operations in Pangong Lake, infantry combat vehicles, and other systems were among the indigenously manufactured weapons provided to the Army.

The move follows the Centre's Make in India initiative, which aims to increase indigenous manufacturing of goods.

Earlier, on August 15, the indigenously developed artillery gun ATAGS (Advanced Towed Artillery Gun System) prototype developed under the government's Make in India initiative was fired from the Red Fort for the first time in India's history.

The completely indigenous gun designed and developed by DRDO will fire the ceremonial 21 Gun Salute alongside the traditional "25 Pounder British guns." This was made possible by a team of scientists and artillery officers from the DRDO's Armament Research and Development Establishment (ARDE), Pune.

"On the occasion of the elixir of freedom, folding cannon is a great gift for India. This is the longest-range cannon in the world and is capable of hitting targets from 45 to 48 km," Sangam Sinha, DG (R&M), DRDO stated.

"The biggest thing is that for the first time it is Made in India by Bharat Forge. It is an indigenous artillery gun being used for the 21-gun salute on Independence Day. The ATAGS is developed by DRDO and is currently at the Red Fort. This will be a big support to the Indian Army," he further said.

DRDO launched the ATAGS project in 2013 to replace older guns in the Indian Army with modern 155mm artillery guns. For the production of this specialised gun, ARDE collaborated with two private companies, Bharat Forge Limited and Tata Advanced Systems Limited.