Vinesh Phogat qualifies for 2020 Tokyo Olympics, up for bronze in World Wrestling Championships 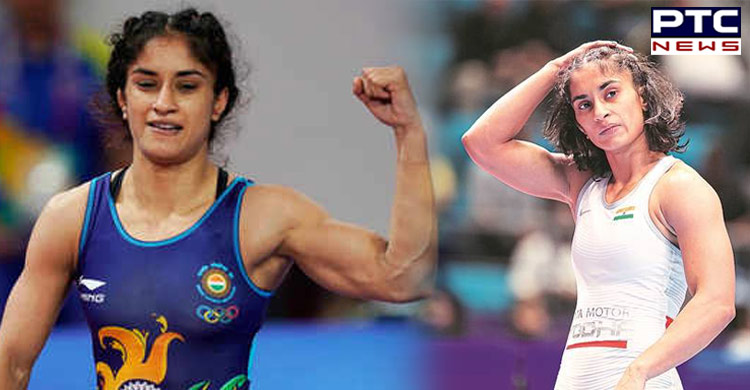 Indian wrestler Vinesh Phogat has qualified for the 2020 Olympics after defeating World No. 1 Sarah Hildebrandt in the 53kg category of World Wrestling Championships in Nur-Sultan, Kazakhstan on Wednesday.

Now, she will take on Germany’s Maria Prevolaraki for the bronze-medal bout on Wednesday. Earlier, she defeated Ukraine’s Yuliya Khalvadzhy in the first round by 5-0 in the 53 kg category, to figure in the race for an Olympic quota and bronze medal.

Vinesh is the sister of Geeta Phogat and Babita Kumari Phogat. She became the first Indian woman wrestler to win Gold medal in both Commonwealth and Asian Games. She is also the first Indian athlete to be nominated for Laureus World Sports Awards, which took place on February, this year.