More than 30 dead, 50,000 homeless due to heavy rains across Kerala 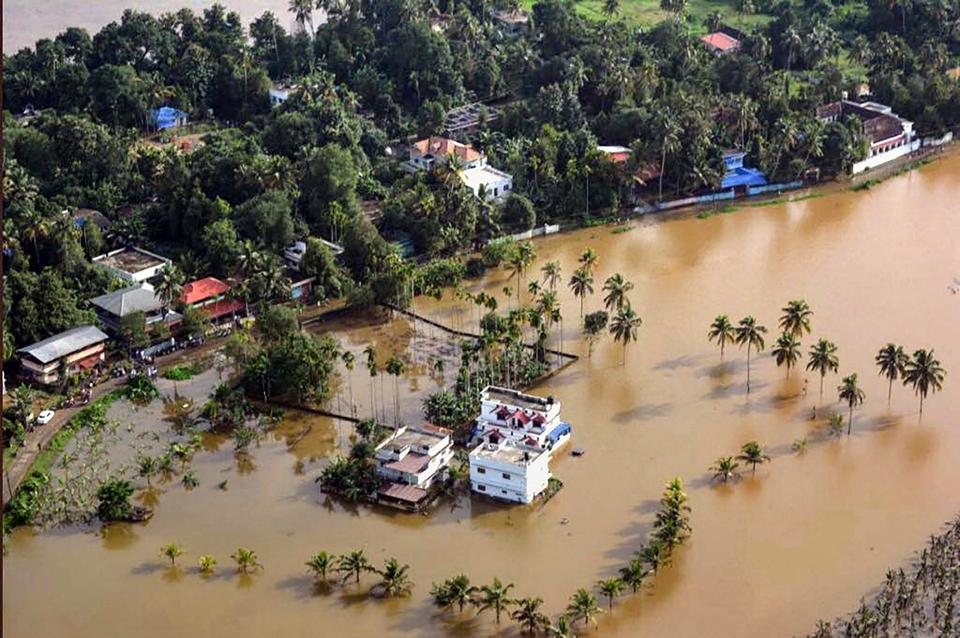 More than 30 dead, 50,000 homeless due to heavy rains across Kerala

Dams and rivers overflowed sweeping homes of over 50,000 people and killing nearly 30 as the heavy downpour continued in Kerala.

The flooding became more intense after all five gates of the Idukki dam were opened and shutters of more than two dozen dams were lifted. The rains had already increased its flow.

According to officials from the state disaster management unit, six more people died since Thursday, taking the flood toll to 30. The majority of the deaths happened in the first 36 hours of the rainfall.

Officials from the state meteorological office said that heavy rain was expected for two more days.

The Indian Navy on Friday launched Operation Madad to help people stranded in remote locations. “Besides small search vessels, helicopters were also pressed into service. The navy hospital is also ready to meet any eventuality,” the southern naval command said in a statement.

Union home minister Rajnath Singh will make an aerial survey of the flood-affected areas on Sunday. Minister of state for tourism KJ Alphons said the state was undergoing the worst flood in its history and Centre will provide all help.