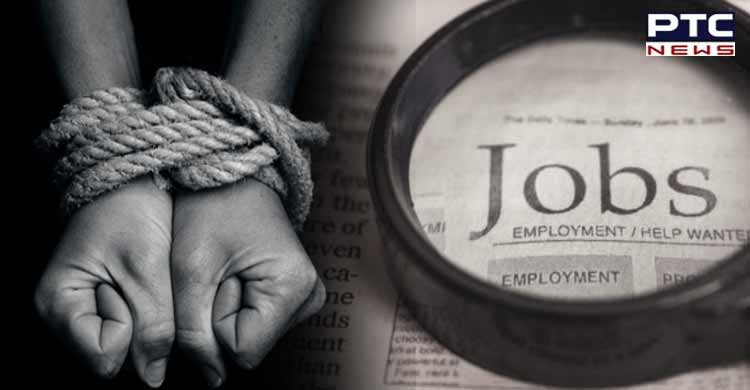 New Delhi, September 18: Over 60 Indian nationals were duped by an international racket and were illegally brought into Myanmar on the pretext of jobs in Thailand, sources from the Ministry of External Affairs said.

According to sources, the racket in Myanmar's Myawaddy region was allegedly exploiting Indian citizens by offering them jobs in Thailand, but they were brought illegally into Myanmar. Myawaddy, a town in southeastern Myanmar, is not completely under government control. Ethnic armed gangs are in charge, and the Indian and several other foreign citizens are being held by them.

According to sources, the Embassy has rescued around 30 Indian citizens who were trapped in the Myawaddy area and is striving to get the rest out as soon as possible.

As per MEA sources, the embassy has been working closely with the Myanmar government on their rescue. Given that the area is not fully under the jurisdiction of the local government, there are other efforts to rescue these Indian citizens through various contacts in the business community.

After this news surfaced, the Indian Embassy in Myanmar's Yangon issued an advisory and said, "The Mission has observed in the recent past that some lT companies engaged in digital scamming/forge crypto activities located in remote eastern border areas of Myanmar are recruiting Indian workers from different places through their recruiting agents on the pretext of potential employment opportunities in IT sector."

It went on to say that after the initial stage of the recruitment process, Indian workers were permitted to enter Myanmar illegally and without proper documentation, resulting in the entrapment of Indian workers.

"In view of the above, Indian nationals are hereby requested to exercise due caution and verify the antecedents of the recruiting agents' it is advisable to have all requisite information (job description, company details, location, employment contract etc.) before accepting any employment that has been offered."