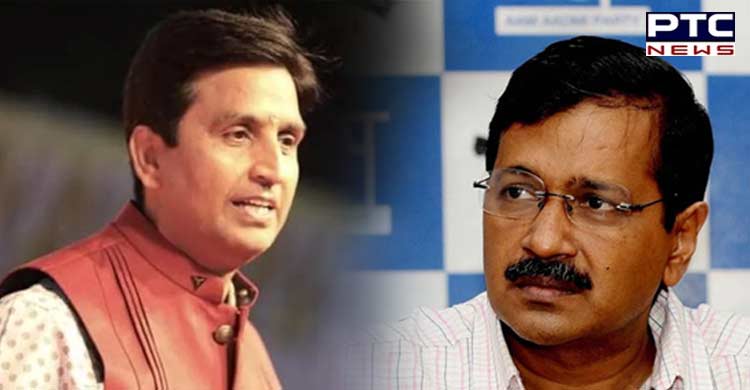 "One day, he told me he would either become CM (of Punjab) or first PM of an independent nation (Khalistan)," alleged former AAP leader Kumar Vishwas.

Kumar Vishwas alleged that Delhi Chief Minister Arvind Kejriwal could do anything to remain in power.  “I had told Arvind Kejriwal during the 2017 Punjab elections that don’t take support of the fringe elements, separatists and people associated with the Khalistani movement. He, however, said it will be managed don't worry,” alleged Vishwas.

"One day, he told me he would either become CM (of Punjab) or first PM of an independent nation (Khalistan)," Vishwas says. pic.twitter.com/5ccGs9jNn3

Arvind Kejriwal, Manish Sisodia, Kumar Vishwas and some others had formed the AAP in 2012. However, the relations between Vishwas Kumar and Kejriwal soured a few years later.

Earlier, Congress leader Rahul Gandhi had also targeted Arvind Kejriwal during his Punjab's Barnala rally on Tuesday. "Whatever happens, any Congress leader will never be seen at a terrorist's house, but this can be expected from Kejriwal. This is the truth."

According to reports, Kejriwal had spent a night at a former Khalistani terrorist's house in Moga, Punjab, during the 2017 elections.

The Congress leader alleged that "those who are looking for an opportunity to form the government will destroy Punjab". "Give one chance, they will ruin Punjab. Punjab will burn, remember my words," Rahul Gandhi had said while referring to the AAP.