After Governor's 'no', Punjab Govt calls another special session on Sept 27 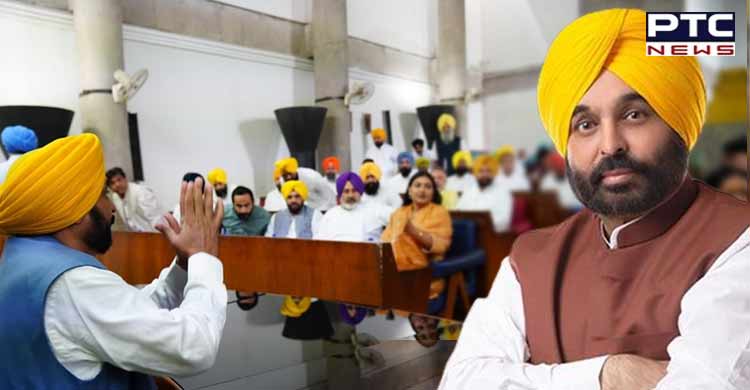 Chandigarh, September 22: A day after Punjab Governor Banwarilal Purohit cancelled a special session of the Punjab Vidhan Sabha on September 22, the state Cabinet on Tuesday again summoned a session early next week.

The Punjab Cabinet has again passed a resolution to summon a special Assembly session on Tuesday, September 27.

The decision was taken at the state Cabinet meeting held on Tuesday. “Today, a cabinet meeting was held here. In this meeting it was unanimously decided that the Vidhan Sabha session will be summoned on September 27," said CM Bhagwant Mann.

Issues like electricity and stubble burning will also be discussed in the session, he added.

He also said that they will approach the Supreme Court against the move of withdrawal of the order calling the special session.

Earlier, Punjab Government had called a special session of the state Vidhan Sabha on September 22 to prove its majority. However, Governor Banwarilal Purohit withdrew the permission for the special session and said that the September 20 order stands withdrawn in "absence of specific rules" regarding summoning of the assembly for considering the "confidence motion" only called by the Punjab government.

The AAP was outraged by the Governor's decision, while the opposition parties, including the Congress, the Shiromani Akali Dal and BJP, welcomed it.