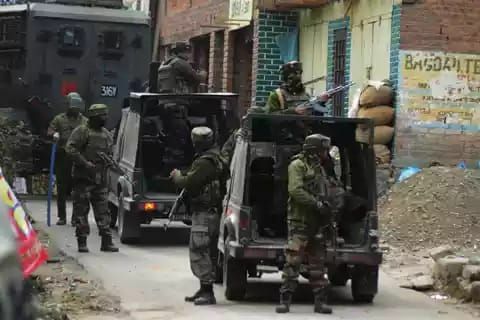 Two army men including an officer were injured in an ongoing encounter at Drabgam area of south Kashmir's Pulwama district on Monday. Eight civilians were also injuries during the clashes near the encounter site.

Soon after the gunfight, a large number of youth pelted rocks and tried to proceed towards the encounter site. Tear smoke shells, pellet guns were also used by paramilitary force and police.

In the incident at least eight youths suffered injuries and have been hospitalised.

Earlier, the joint team of Army, SOG and CRPF launched a cordon and search operation at Drabgam village. The joint team of forces approached the suspected spot, the hiding militants opened triggering off a gunfight.

Meanwhile, in wake of the encounter and subsequently trapping of some top militant commanders at Drabgam, authorities decided to snap mobile internet services in south Kashmir parts as “precautionary measure."