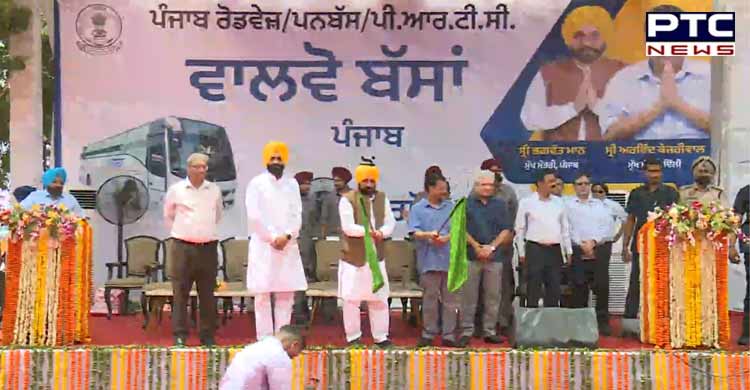 Addressing the gathering, AAP national convener Arvind Kejriwal said the state had now got an "honest government". With the Opposition criticising the AAP-led Punjab Government over the deteriorating law and order situation in the state, Kejriwal said gangsters were born in the state under previous governments.

"I ask the Opposition, has Mann Sahib brought gangsters with him? These gangsters were born under previous governments. No one can protect gangsters and anti-national elements," said Arvind Kejriwal backing Chief Minister Bhagwant Mann.

"Patiala clashes accused were caught within 24 hours. Gangster Lawrence Bishnoi arrested by the Punjab Police," the Delhi Chief Minister said. According to him, the AAP-led Punjab Government in the last three months "has achieved tasks that previous governments could not achieve despite years of being in power".

"There is an honest government in Punjab now. In the last three months, this Punjab government has achieved tasks that previous governments could not achieve over years of being in power," said Arvind Kejriwal in Jalandhar.

The Bhagwant Mann-led AAP Government in Punjab has been under severe criticism from Opposition parties over the rising crime graph in the state right from violent clashes in Patiala to an attack at its intelligence headquarters in Mohali and the recent broad daylight killing of Punjabi singer-politician Sidhu Moosewala.

Sidhu Moosewala was shot dead by unidentified assailants at Jawaharke village of Punjab's Mansa district on May 29. The incident took place a day after his security was withdrawn by the Punjab police among 424 others.