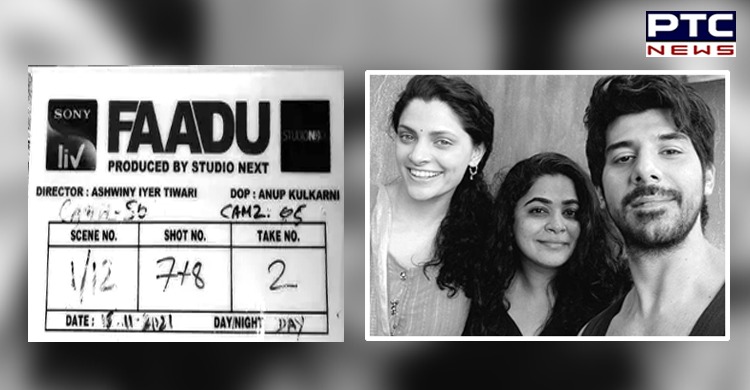 Since Ashwiny Iyer Tiwari makes her OTT debut with this show, she took to Instagram to make the announcement. 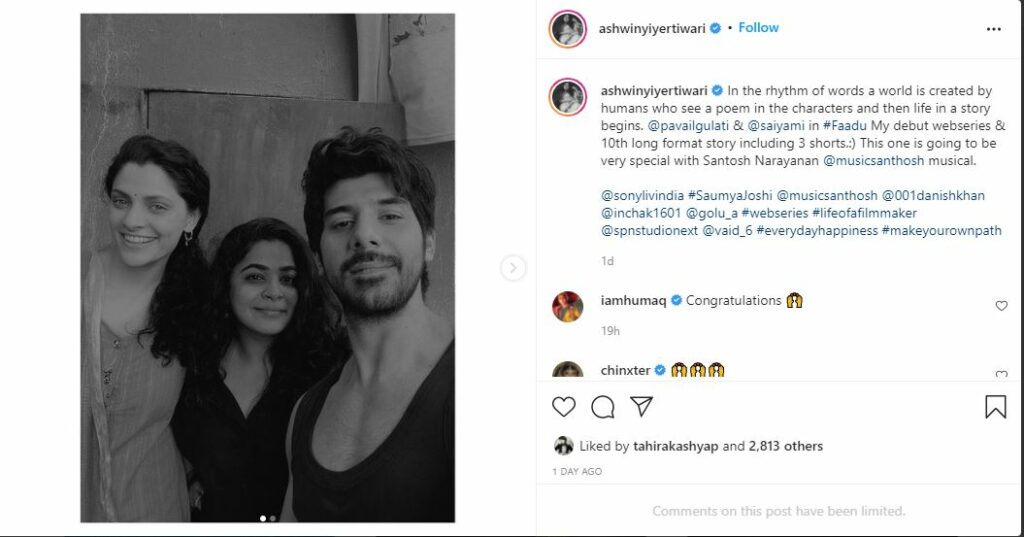 "In the rhythm of words, a world is created by humans who see a poem in the characters and then life in a story begins. @pavailgulati & @saiyami in #Faadu My debut web series & 10th long-format story including 3 short films. :) This one is going to be very special with Santosh Narayanan musical," she wrote. 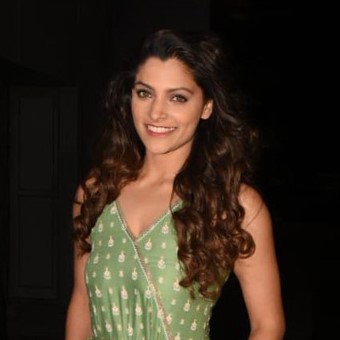 According to a press statement, web series 'Faadu' is an intense poetic love story between two characters who come from different schools of thinking. The show is written by Saumya Joshi and produced by Studio Next. It will start streaming on SonyLIV. 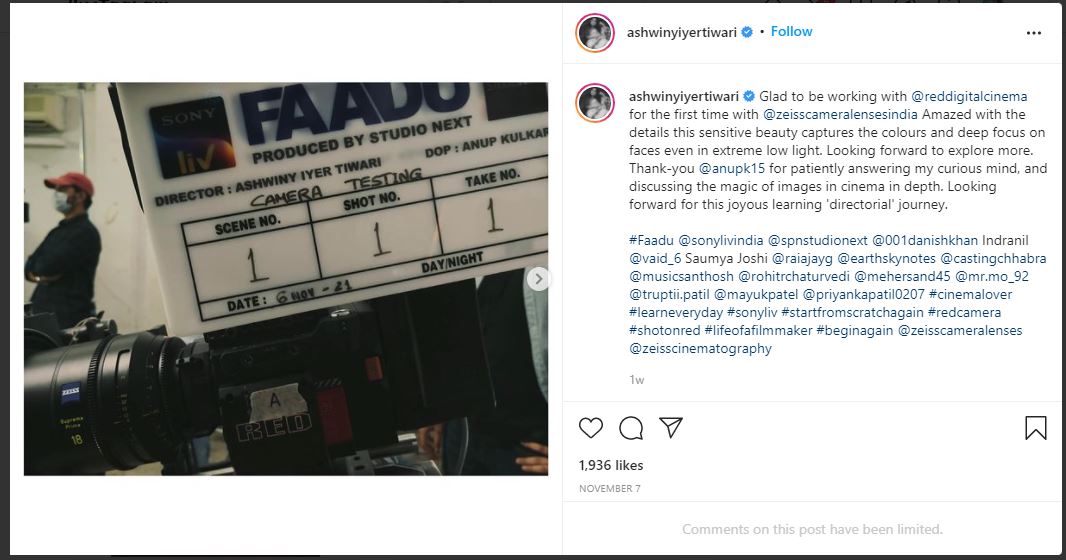 Earlier, before beginning the shooting, she had taken to Instagram and wrote, “Glad to be working with @reddigitalcinema for the first time with @zeisscameralensesindia Amazed with the details this sensitive beauty captures the colours and deep focus on faces even in extremely low light. Looking forward to exploring more. Thank you @anupk15 for patiently answering my curious mind, and discussing the magic of images in cinema in depth. Looking forward to this joyous learning 'directorial' journey."