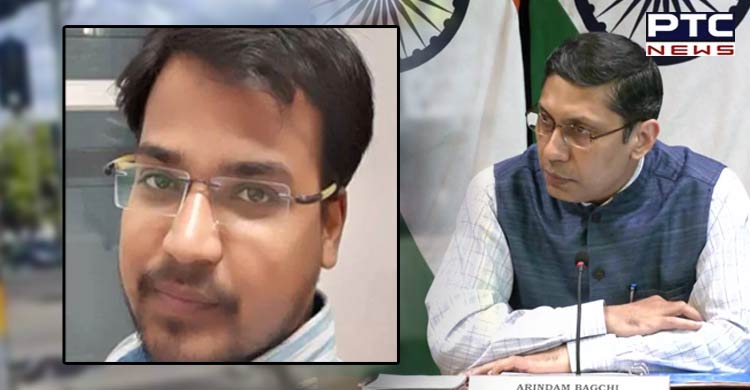 New Delhi, October 14: Indian authorities are in close touch with local authorities in Australia and with the family of the student who was stabbed multiple times in Sydney and have requested expediting travel documents and visa for his family members to travel to Australia.

"We've knowledge of the incident. As per our information, he's in hospital and under treatment. Our High Commission in Canberra and Consulate in Sydney are in close touch with local authorities. We're in contact with the family, " Ministry of External Affairs spokesperson Arindam Bagchi said during a weekly media briefing here today. Bagchi said that some of officials from India had met the injured student in the hospital in Sydney and "we have extended our consular services."

"We have also come to know that a suspect was taken into custody. Australian authorities will give you more details on the investigation. Our expectation is that it's seen seriously and action taken against the perpetrators," the spokesperson said.

The 28-year-old student, Shubham Garg who hails from Agra and is pursuing his doctorate in Mechanical engineering from the University of NSW, was reportedly stabbed multiple times in Sydney's Artamon by 27-year-old Daniel Norwood, who according to local media reports has been arrested and is in the custody of the Australian Police.

The Indian mission in Australia is providing consular assistance to Garg, who is in "serious but stable" condition after undergoing surgery at a local hospital.

"The Indian Consulate in Sydney has provided consular assistance to the individual," the Australian High Commission in New Delhi said adding that it is assisting with the facilitation of visa for a family member of the injured student.

The accused Daniel Norwood was arrested and taken to Chatswood Police Station where he was charged with one count of attempted murder, reported local media outlet The Australia Today.

Quoting local media reports the outlet said that the incident occurred around 10.30 pm on October 6, when Garg was walking along the Pacific Highway on his way back to his residence.

Garg suffered multiple stabbing injuries on his face, chest and abdomen. A nearby resident took Garg to Royal North Shore Hospital where he underwent surgery. Garg remains in a "serious but stable condition," as per the media report.

Following the incident, the North Shore Police Area Command detectives formed Strike Force Prosy to investigate the incident. Later, a search warrant was executed on a home on the Pacific Highway at Greenwich at about 3.40 pm on October 9.

The suspect Norwood was arrested at the scene and to further investigate into the matter, the police seized a number of items from the home. The items were sent for forensic examination.

Norwood appeared in Hornsby Local Court however he was denied bail. He continues to remain in custody with the next court appearance on December 14, 2022.

As per reports, Norwood allegedly threatened Garg while demanding cash and his phone. Garg refused and was allegedly stabbed a number of times in the abdomen. The assailant then fled from the crime scene, reported The Australia Today.

Garg had arrived in Australia in September this year to pursue his PhD in Mechanical engineering from the University of NSW. He has completed his master's degree at IIT Madras.