BSF hands over 4 Bangladeshi nationals to BGB as 'goodwill gesture' 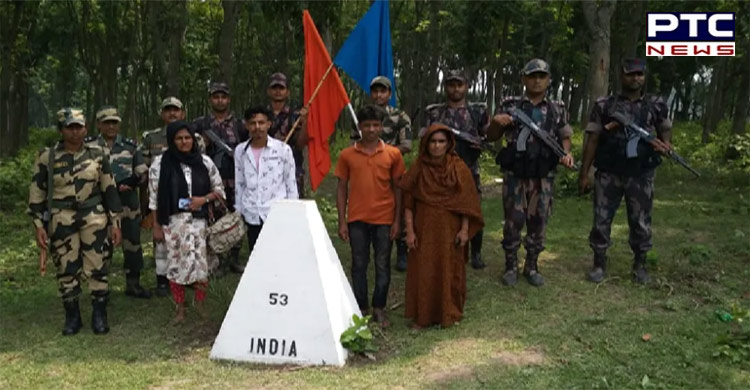 New Delhi, May 28: Four Bangladeshi nationals, including two women, were apprehended and handed over to the Border Guard Bangladesh (BGB) by Border Security Force as a humanity and goodwill gesture. These apprehended persons had entered the Indian territory in search of employment.

On Friday, the BSF personnel of 68 Battalion apprehended these four Bangladeshi nationals near Border Out Post Ranghat at about 3.40 pm, when they were illegally crossing International Boundary (IB) in North 24 Parganas district of West Bengal.

They have been identified as Tjiul Sardar (37), and his wife Naseema Begum (31) of Bangladesh's Satkhira district, whereas the other two people Shahenur Begum (35) and Naeem Hussain (23) were citizens of Bangladesh's Khulna and Kerniganj respectively. 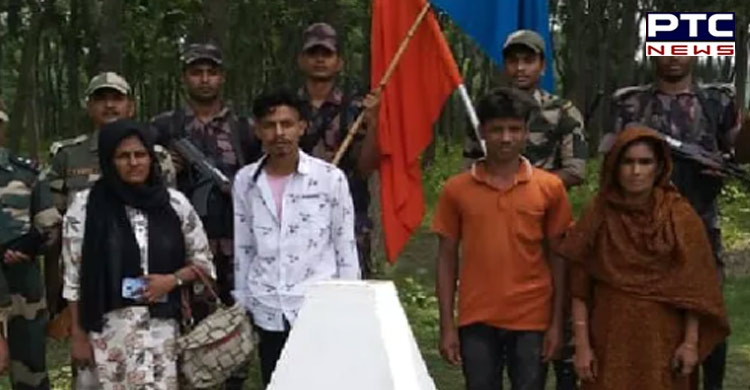 "They are Bangladeshi citizens, but due to unemployment, their family was finding difficulties in the sustenance of livelihood, due to which all of them were coming to India for employment," stated officials quoting the apprehended foreign nationals.

"But the BSF troops apprehended them while they were illegally crossing the IB," the official added. 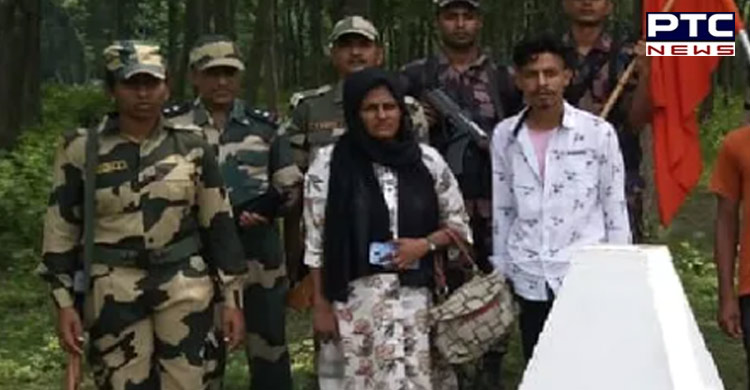 The BSF is responsible for guarding the 4,096.7 km India-Bangladesh border as well as the 3,323 km India-Pakistan border.

"The apprehended individuals have been handed over by the BSF to Border Guard Bangladesh as a gesture of goodwill and humanity," said Pranab Prabhakar, Officiating Commanding Officer of the 68th Battalion. He further added that the BSF is taking strict measures to prevent infiltration along the Indo-Bangladesh border, due to which some people were caught. 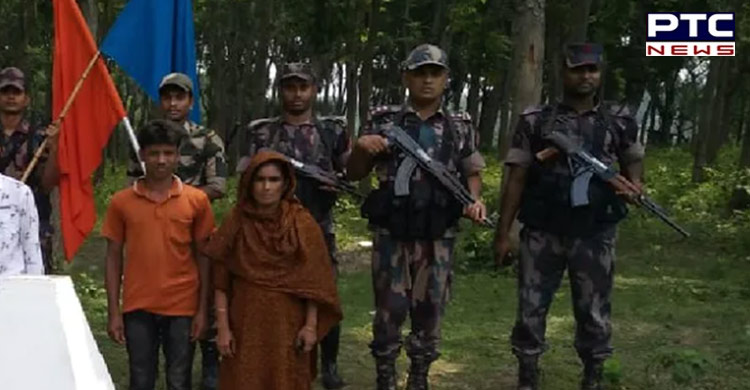 "Considering the seriousness of the crime of the arrested people and due to mutual cooperation and goodwill of the Border Guarding Forces of both the countries, some of them are handed over to the Border Guard Bangladesh," he said.