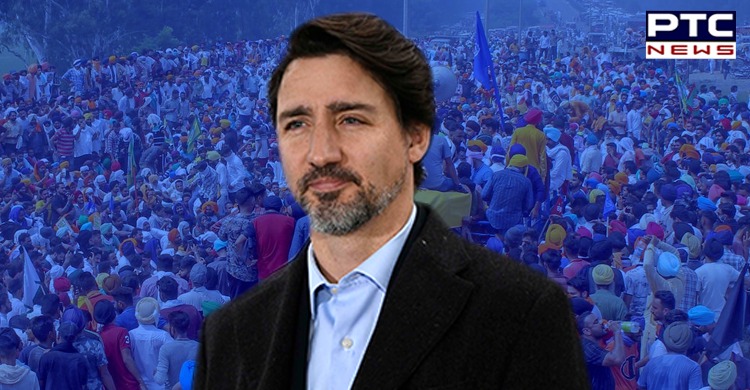 Amid farmers protest against the farm laws 2020 in India, Canadian Prime Minister Justin Trudeau said that Canada will always stand to protect the rights to peaceful demonstrations.

Justin Trudeau supported the Indian farmers and said that the situation in the country was worrisome.

The farmers' protest in India against the farm laws 2020 was getting international headlines.

On the occasion of the 551st birth anniversary of Sri Guru Nanak Dev Ji, the Canadian Prime Minister addressed the people and extended wishes to the Sikh community.

During this, Trudeau spoke on the farmers' protest in India. He said that the news that is coming about the protests of farmers from India was worrying. "We have concerns with your family members and friends," he added.

He said that they are in touch with the Indian administration in many ways and expressing their concerns. "These are the times when we should be united," he said.

Meeting between farmers and Central government

Meanwhile, the farmers, who have been holding protests against farm laws 2020 near Delhi borders, have been called by the central government for a meeting at Vigyan Bhawan on Tuesday. Earlier, the farmers said that they had come for a decisive battle and will only return when their demands are fulfilled.

The Union Agriculture Minister Narendra Singh Tomar has invited the leaders of farmer organizations protesting against the three agricultural laws of the central government to hold talks on Tuesday instead of December 3, in the wake of the Covid-19 pandemic and cold weather.