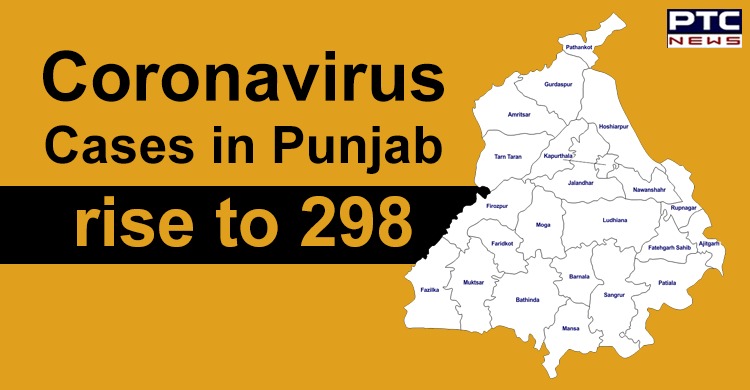 The total number of coronavirus cases in Punjab has increased to 298 after fresh cases have been reported from Patiala, Jalandhar, Ludhiana, Mansa and Amritsar on Friday. According to the media bulletin issued by the Punjab Health Department on Friday evening, a total of 6 cases have been reported from Patiala, while Ludhiana, Jalandhar and Amritsar reported one case each. Likewise, Mansa reported two cases of coronavirus.

BDPO, Doraha, who is the daughter of the corona positive District Mandi Officer, Ludhiana, tested positive for the epidemic. While giving this information, KBS Sidhu, the Special Chief Secretary, Punjab, said that she will be admitted to Civil Hospital in Ludhiana. 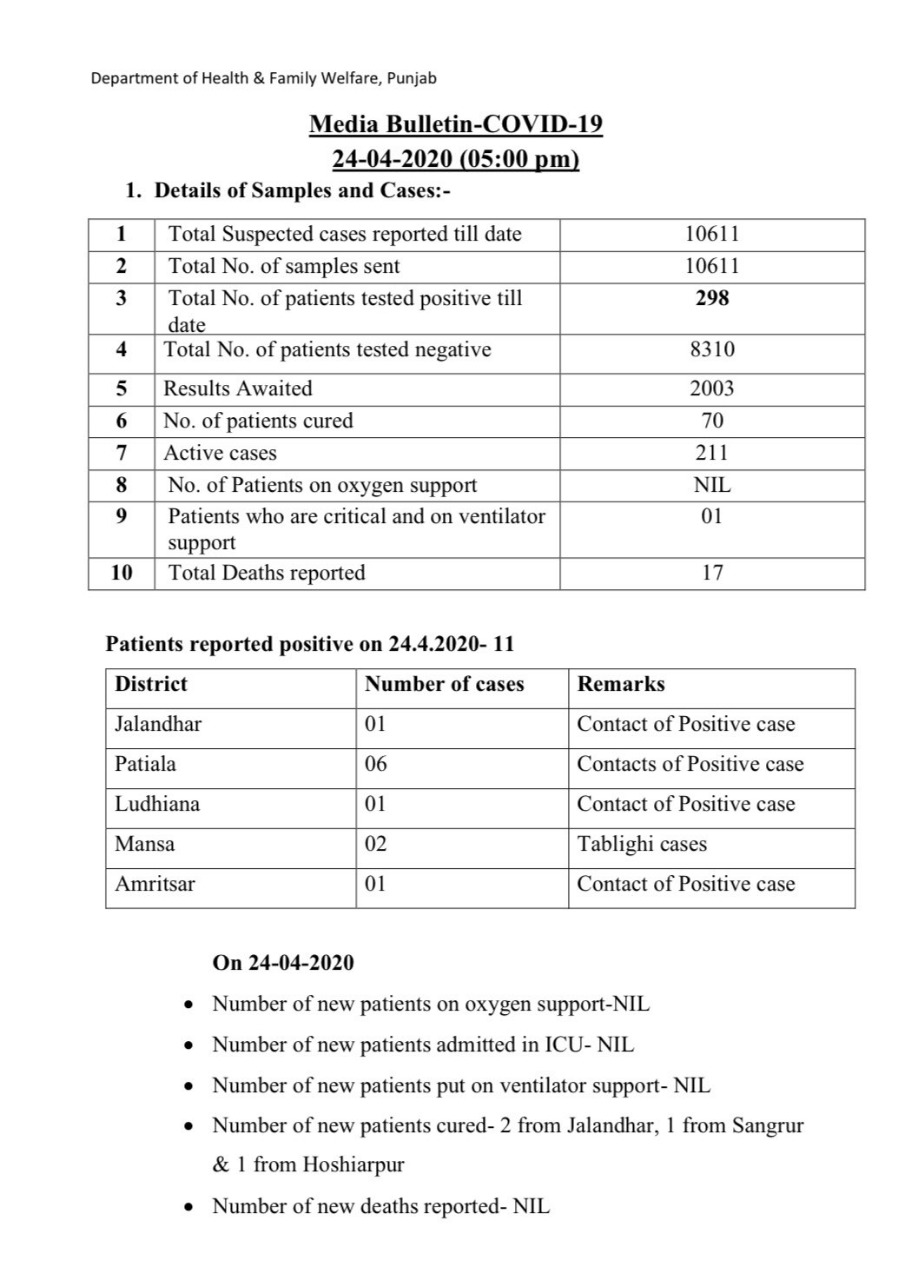 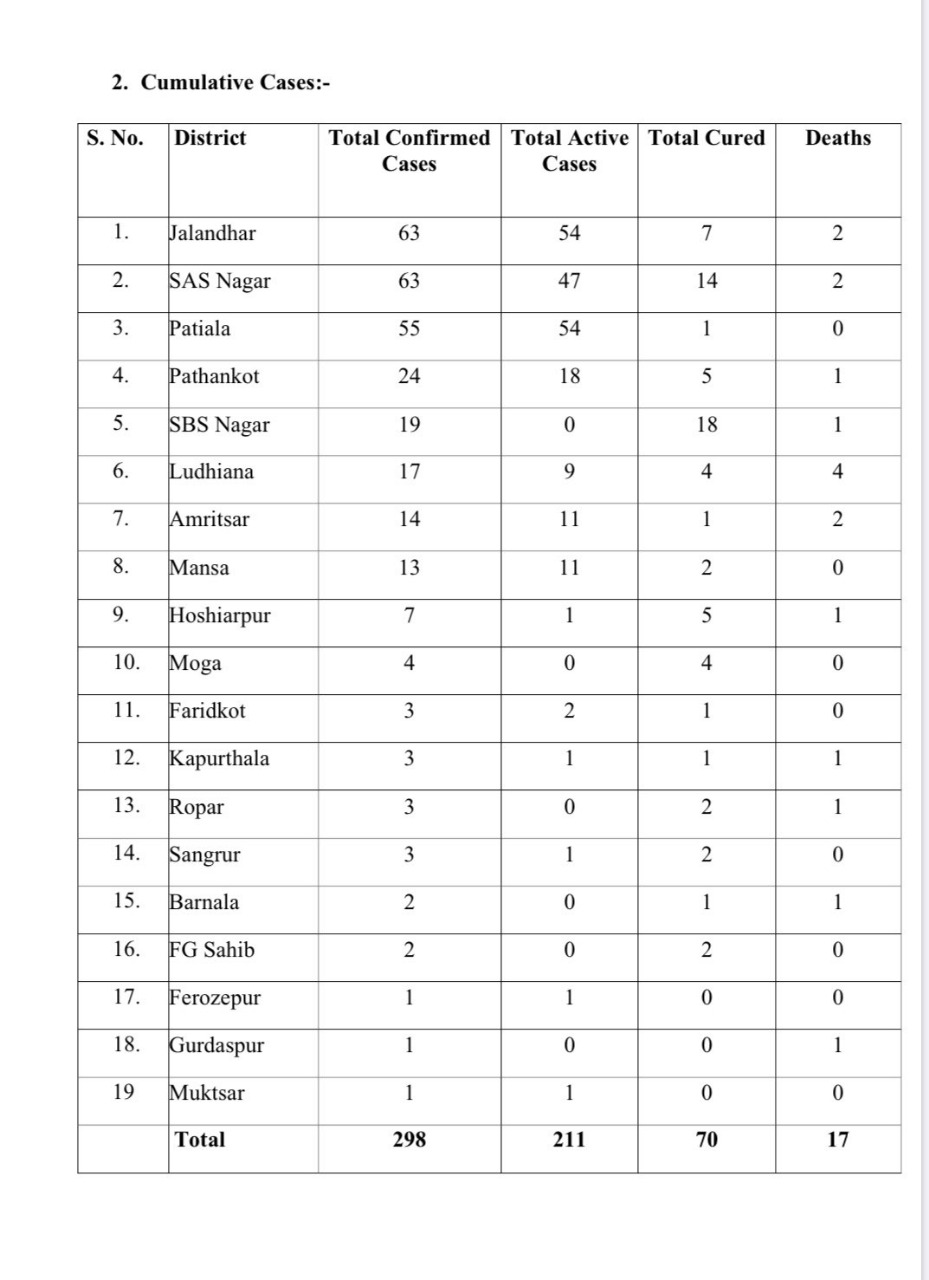 All the new cases are the contacts of the positive cases except Mansa where the two cases reported are the Tablighi cases. Now, Jalandhar and Mohali are on the top with 63 cases each. In Jalandhar, only 7 patients have been cured while in Mohali, 14 have been cured and discharged. Both the districts have recorded 2 deaths each.