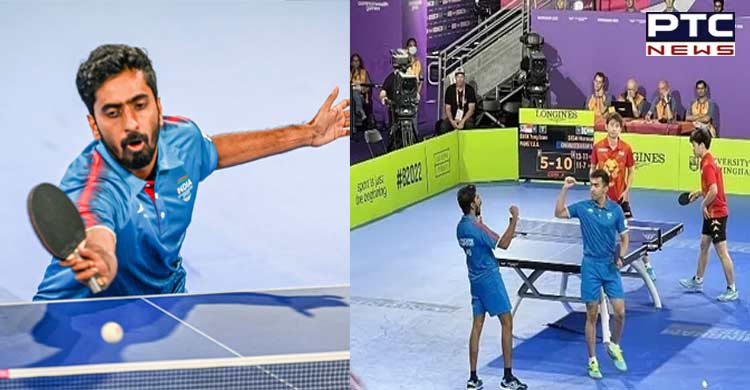 The Indian team defeated Singapore 3-1 in the Table-Tennis final.

The feat was announced by the Sports Authority of India on Twitter. The duo of G Sathiyan and Harmeet Desai won the opening match, after which they won their respective matches to bring home the gold medal.

Earlier in the day, the Indian Women's Fours team bagged a historic gold medal in Lawn Bowls, defeating South Africa 17-10 in the final.

It is India's first medal in lawn bowls.