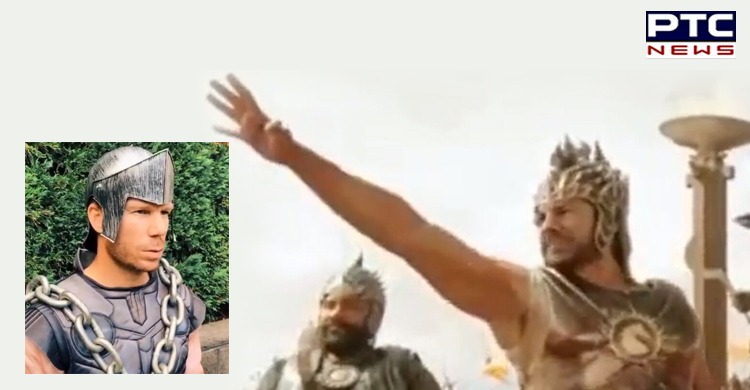 Australian opening batsman David Warner has unleashed his funny side to his fans during the coronavirus induced lockdown. Warner is known to be a tough competitor on the cricket field. He is one of the active cricketers on social media in the last four months.

In the latest video, David Warner posted a clip from the epic film Baahubali. Warner has been posting edited videos on his official Instagram account and asked the fans to guess the name of the movie.

“What movie is this?? #guess @sunrisershyd,” David Warner captioned. As soon as the video surfaced on Instagram, the fans reacted to his video and called him ‘Davidra Baahubali’.

After spending months in lockdown, David Warner is all set to play the upcoming series against England. It was coronavirus that put the sports activities on a halt. Otherize, we would have been waiting for men's World Twenty20 which was scheduled to be held in Australia this year from October.

Australia is all set to tour England in September for a limited-overs series that include 3 T20Is and as many ODIs.