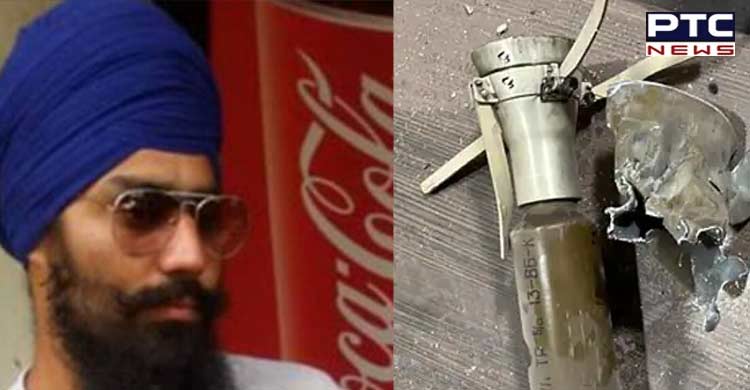 New Delhi, October 7: The Special Cell of the Delhi Police on Friday arrested one person, the mastermind in connection with the RPG attack on the intelligence building of Punjab Police in Mohali in May.

According to the Delhi Police, the accused hailed from Uttar Pradesh and had been assisting the terrorists. An RPG was fired at the Punjab Police's Intelligence headquarters in Mohali on the evening of May 9, triggering a blast at the site

Addressing a press conference on May 13, the Punjab Police declared Lakhbir Singh Landa as the key conspirator in the Mohali RPG attack case. The police had said Landa was a resident of Tarn Taran district, who was a gangster, and shifted to Canada in 2017.

He was said to be a close associate of Harinder Singh Rinda, who was in close proximity to Babbar Khalsa International chief Wadhawa Singh, as a part of ISI and operates from Pakistan.

Lakhbir Singh Landa's main associates- Nishan Singh and Charad Singh were also from Tarn Taran district, who have been arrested by the police as Nishan provided shelter to the two accused (involved in the incident).

In May, the Central Intelligence Agencies had found the role of suspected overground workers of Khalistani extremists group associated with Pakistan-based terrorist groups in the Mohali blast.

On the night of May 9, a minor blast occurred outside the Punjab Police Intelligence Headquarters in Mohali where no casualty or loss of life was reported.

"A minor explosion was reported at the Punjab Police Intelligence headquarters in Sector 77, SAS Nagar at around 7:45 pm. No damage has been reported. Senior officers are on the spot and an investigation is being done," the Mohali police had said on May 9.