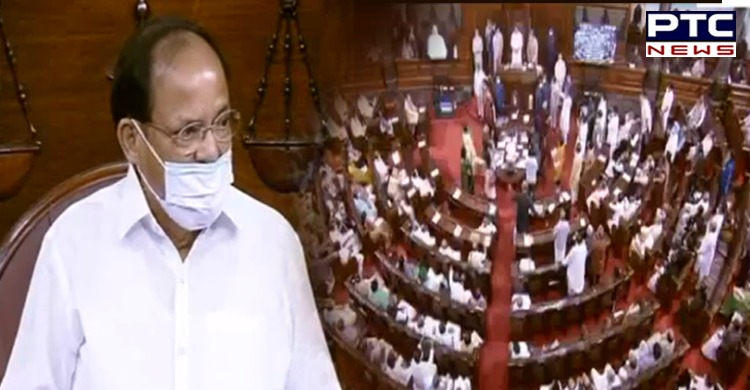 Parliament Monsoon Session 2021: Condemning the ruckus created by Opposition MPs on Tuesday, Rajya Sabha Chairman M Venkaiah Naidu got emotional and said he was distressed to see the sacredness of the House being destroyed over a difference of opinion.

"I am distressed as the way this sacredness was destroyed yesterday when some members sat on the table some others climbed on the tables of the house, perhaps to be more visible, was an act of sacrilege. I have no words to condemn the act as I spent a sleepless night," he said.

As the Chairman made the remark, the Opposition MPs continued sloganeering, following which the Rajya Sabha was adjourned till 12 noon.

"Destroying any place amounts to an act of sacrilege. We are a land of temples, churches, mosques, and gurudwaras. These are holy places with demarcated sacred areas which are known as sanctum sanctorum. The Parliament is regarded as the temple of democracy," he added.

"Last night I struggled to find out the provocation or reason to forcing this august house to reach such low yesterday. A discussion on agriculture problems was listed. there can be a difference of opinion, they could have discussed it in house and protested and voted against it," he added.