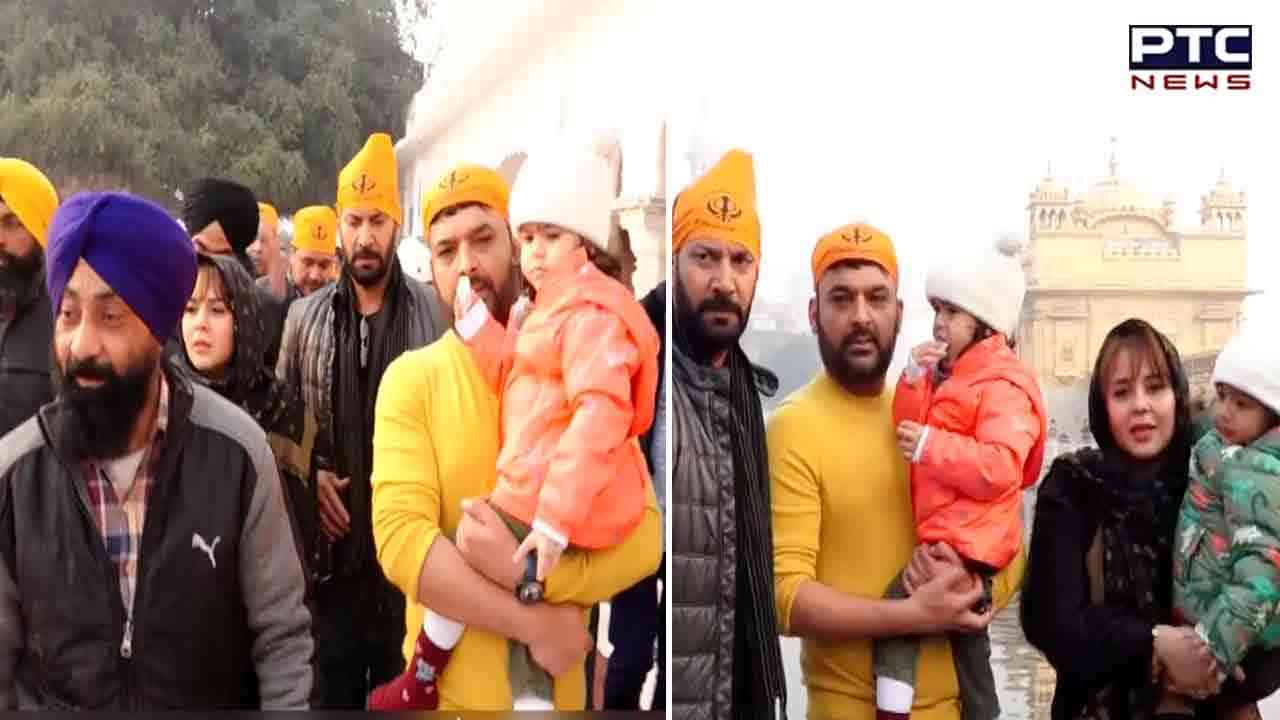 Amritsar, January 1: Comedian Kapil Sharma along with his family paid obeisance at Sachkhand Sri Harmandir Sahib on the occasion of New Year. On this occasion, Kapil Sharma said that he finds unparalleled peace of mind gets peace by coming to Sri Darbar Sahib. Meanwhile his children, who visited the shrine for the first were also spotted with the couple.

Punjabi singer Jasbir Jassi also accompanied  Sharma family to seek God's blessings in the new year. On this occasion, Jasbir Jassi says that he got a lot of peace after visiting Sri Darbar Sahib.
Kapil Sharma and Ginni Chatrath tied the knot on December 12, 2018. Now they are parents to two kids Anayra (Daughter) and Trishaan (son). Huge number of fans gathered around the star family while they were inside the premises of Golden Temple.