‘What an evening’: Amitabh Bachchan after meeting Cristiano Ronaldo, Lionel Messi in Riyadh 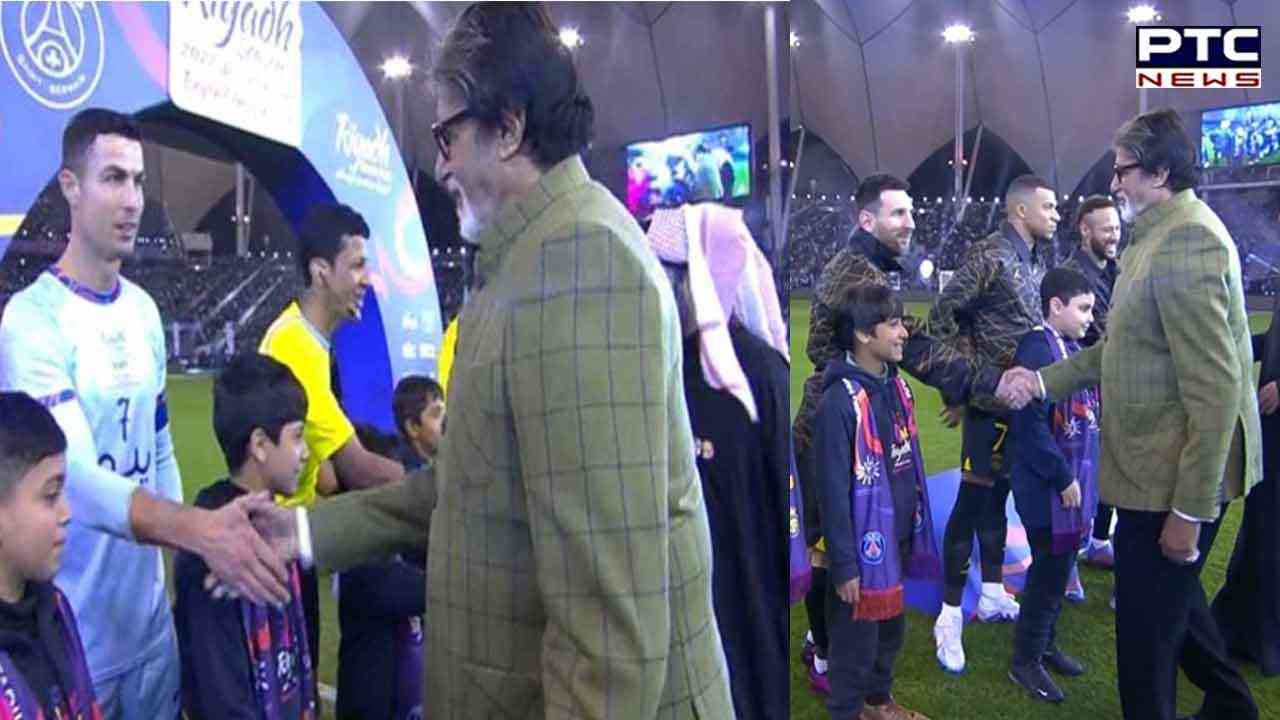 ‘What an evening’: Amitabh Bachchan after meeting Cristiano Ronaldo, Lionel Messi in Riyadh

Riyadh, January 20: Bollywood superstar Amitabh Bachchan, who recently attended the PSG vs Al Nassr match, on Friday, shared a video of him meeting football legends Lionel Messi and Cristiano Ronaldo before the match.


The 'Runway 34' actor took to his Instagram handle and posted memories from his incredible evening at the King Fahd International Stadium in Riyadh, Saudi Arabia. In the video, Amitabh was seen walking on the field and later greeting the players ahead of the match. He shook hands with Ronaldo and Messi. Other players included the likes of Neymar and Kylian Mbappe.


Sharing his thought about the same, in the caption, he wrote, "'An evening in Riyadh .. ' what an evening .. Cristiano Ronaldo, Lionel Messi, Mbape, Neymar all playing together .. and yours truly invited guest to inaugurate the game .. PSG vs Riyadh Seasons .. Incredible !!!"

During the match, Messi and Ronaldo each scored in an eventful 5-4 Paris Saint-German victory over Saudi All-Star XI. Thursday's game was the first match-up between the two football titans since 2020 and the 37th time in their careers. It could be the last time that they meet on the pitch.

Meanwhile, on the work front, Amitabh was recently seen in the family entertainer film 'Uunchai' along with Anupam Kher, Parineeti Chopra and Boman Irani. Helmed by Sooraj Barjatya, the film got positive responses from the audience.