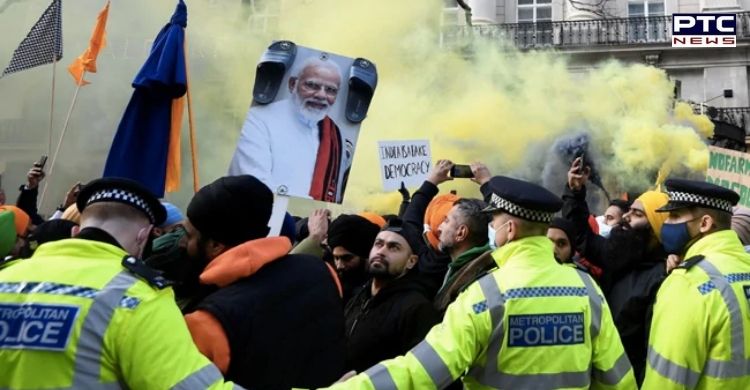 Farmers protest latest news: Expressing solidarity with farmers protesting in India against the farm laws 2020, a huge number of people gathered outside the Indian High Commission in London supporting farmers.

Reacting to the incident, Vishwesh Negi, Minister, Indian High Commission, London, said that "Protest against agriculture reform bills in India is part of a democratic process. The Government of India is in talks with protesters which is still ongoing. Needless to say, it's an internal issue of India."

He also said that the protesters gathered in large numbers in front of the High Commission flouting social distancing norms during a pandemic.

"Permission was sought from Metropolitan Police London for a drive past protest involving about 40 vehicles," he said.

Furthermore, he said that the "Developing situation was brought to the attention of the UK Foreign Office and Home Office after which the London Metropolitan Police managed, controlled, and eventually disposed of the crowd."