FIFA World Cup 2018: Croatia comes from behind to beat England 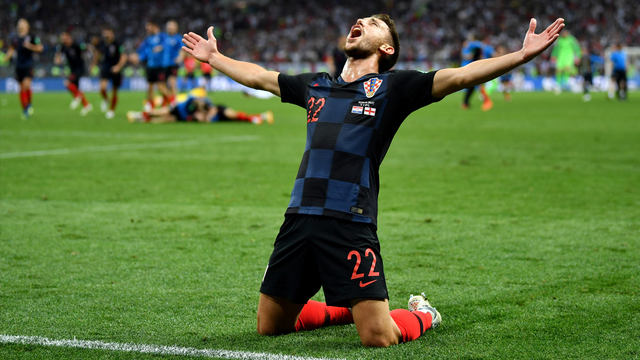 Croatia created history. It has become the 13th nation in the history of soccer to qualify for the final of the FIFA World Cup.

Coming from behind, after conceding an early lead, Croatia got the match winner in the extra time to beat England 2-1 in what turned out to be a pulsating semi-final played at Luzhniki Stadium in Moscow with more than 74,000 spectators enjoying the action. 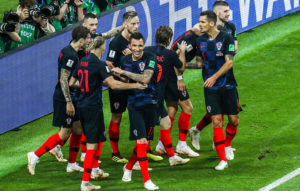 The Croatian win dashed hopes of England for making its second final of FIFA World Cup since 1966.England's only previous entry in the final had given it title on the home turf at Wembley in 1966 when it beat Germany 4-2.

Croatia will now challenge France in the final on July 15 while England will play Belgium for the third place on July 14. 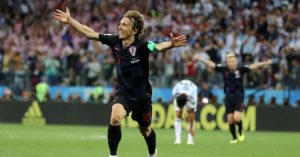 Croatia, boasting of world's best midfield with Luka Modric, Ivan Ratikic, Ivan Perisic and Mateo Kovacic, survived some anxious moments after conceding fifth minute lead. Ivan Perisic, who was later adjudged man of the match, was instrumental in scoring the first goal and the equaliser for Croatia on a day when England's skipper and strong contender for the Golden Boot award , Harry Kane, missed two brilliant scoring chances. Had Harry Kane scored mid way in the first half, it would have been a different game. With six goals to his credit, he missed the opportunity to beat Subasic from close range, in what appeared a close goalmouth criss crossing.

Though Croatia and England have never met before in the World Cup, they have faced each other eight times. England won four of these encounters and Croatia thrice while one game was drawn.

Croatia had topped its group matches with 100 per cent record. Last time Croatia reached semi-final of World Cup was in 1998.

In the fourth minute when England got a free kick from just outside the penalty box of Croatia, no one expected an early goal. But Kieran Tippier, with a superb curling kick found the upper corner of the net beyond a bewildered Subasic. The early lead gave the English a superb command of the game as they rattled their opponents with frequent attacks and coming close to adding another goal to early lead. But missed chances allowed Croatia to come back and settle down.

Croatia has not only become the 13th nation to enter World Cup final but also perhaps the lowest ranked team - 20th - to reach the final. The previous record was France who were ranked 18th when it made the final in 1998 and won. Will Croatia repeat what France did in 1998 is a million rupee question that will get answered on July 15.

In the 68th minute when Ivan Perisic scored from a waist high lob it was his second goal of this World Cup.

As the teams failed to resolve 1-1 deadlock at the end of the regulation period and the injury game, the game was extended to extra time.

A brilliant field goal by Mandzukic in the 109th minute not only prevented the game tom going to penalties but also gave Croatia its maiden entry into the final of the World Cup.