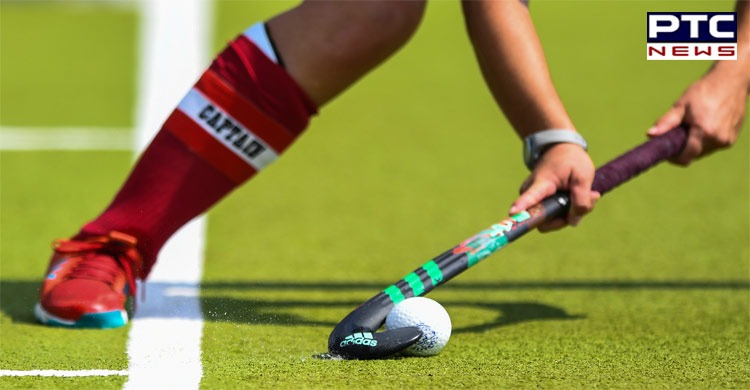 It is not only the regulatory time of play that can earn you points. It is even the penalty shootout that can keep you ahead of your rival with a bonus point. This is what Spain exactly did to score over the host Great Britain in its latest FIH Pro League away game. Spain’s men made it a remarkable five shoot-out wins out of five in the FIH Pro League, taking a bonus point against hosts Great Britain after the match at the Lee Valley Hockey and Tennis Centre finished with the scores at 1-1.The Red Sticks had the ball in the back of the British net before the home team had even touched it, with competition top scorer Pau Quemada on target with Spain’s first attack.

The ever-dangerous Sam Ward pulled Great Britain level early in the second quarter and had a goal ruled out by an umpire video referral in the final minute before Spain snatched the extra point thanks largely to another goalkeeping master-class from Quico Cortes. The result sees Great Britain drop from first to third position in the FIH Pro League standings, with Spain remaining in seventh position but closing the gap on sixth placed Germany.

.In-form Great Britain (FIH World Ranking: 7) men came into the match knowing that a victory over Spain (WR:9) would put them clear at the top of the FIH Pro League table, moving ahead of Belgium with both teams having claimed 80 percent of the points available to them so far. While Spain were still chasing their first outright win of the FIH Pro League, they have proven themselves as a fearless attacking side throughout this competition. With Great Britain edging a sensational reverse fixture in Valencia 6-5, where they overturned a 4-1 deficit, the home favourites knew that their FIH Pro League home debut was going to be far from straight forward. Spain needed just 36 seconds to make the first mark on the scoreboard, with Quemada being in the right place to deflect home a strike from Joan Tarres for his eighth goal of the FIH Pro League. It was the worst possible start for the team coach by Danny Kerry, although Great Britain were largely the dominant force in the first quarter and deservedly restored parity early in the second period. Sam Ward was the scorer, finding the bottom left corner with a penalty corner drag-flick that proved too powerful for Spain goalkeeper Quico Cortes.

Great Britain created the better chances in the lead-up to half time with Ward, Zach Wallace and Alan Forsyth all looking dangerous as Spain found themselves reduced to ten players due to a yellow card five minute suspension for Marc Salles. However, GB were also reduced in numbers when David Ames was given a card of the same colour as the scores remained locked at 1-1 going into half time.

The home favourites had the better of the third and fourth quarters, with Forsyth and Great Britain captain Adam Dixon being denied by the excellent Cortes in the third before Salles produced a superb, goal-saving block on Will Calnan early in the fourth period. There was high drama in the final 30 seconds, with Ward slamming home what seemed to be the winning goal with another penalty corner. However, an umpire video referral ruled out the strike as the ball had failed to leave the circle before Ward scored, leaving the scores level at 1-1 before a tense shoot-out for the bonus Spain’s unenviable record in the shoot-out would continue, fighting back from 2-0 down to take the one-on-ones to sudden-death.

The decisive goal came from Sergi Enrique, who beat George Pinner moments before Phil Roper was forced into a mistake from the brilliant Cortes, giving Spain a remarkable fifth successive FIH Pro League shoot-out win.“We are good at moving the ball, and every match we are getting better”, said Spain goalkeeper Quico Cortes after the match. “Of course the teams that are winning the tournaments are the ones that have the best defences. If we keep on working, and increase our level and our defending, we can be there.”