Freedom fighter Sardar Mohan Singh dies at the age of 103 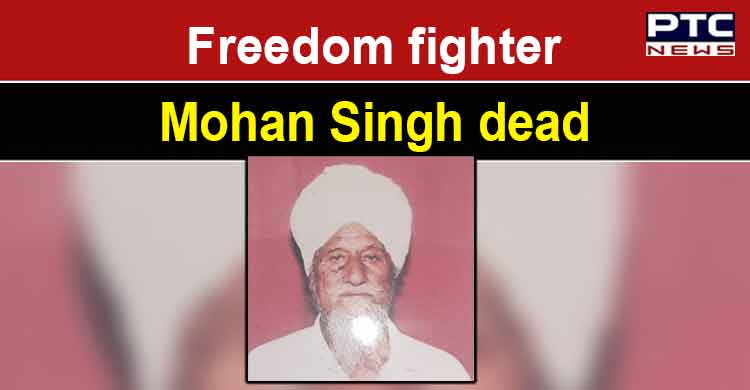 Sardar Mohan Singh, 103, Freedom Fighter breathed his last on January 21 in Patiala. His cremation rituals were performed by his daughter Jaswinder Kaur with state honors.

He struggled all his life to get status and title of freedom fighter and has fought Legal battle for pension, compensation.

Patiala resident Mohan Singh in 2017 had filed a petition in the Punjab and Haryana high court for grant of compensation for his grandfather Isher Singh’s death in the Jallianwala Bagh massacre.

His grandfather, who along with 15-16 other persons from Galwatti village had gone to attend the assembly at Jallianwala Bagh, was killed in the massacre.

Mohan Singh had then said in the plea that his grandfather’s name is mentioned along with other Jallianwala Bagh victims in the records maintained by the Jallianwala Bagh trust and also in various compilations of the Punjab government, especially a book titled, ‘Who’s Who of Punjab Freedom Fighters,’ published by publication bureau, Punjabi University, Patiala.

Mohan Singh’s family did not get any financial reparation. After much struggle he got the title and the compensation.