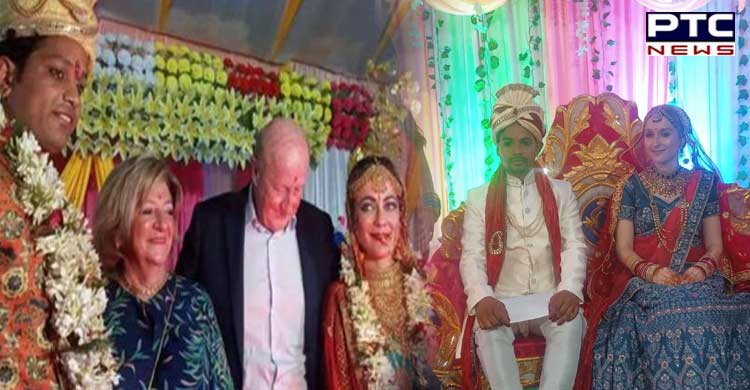 March 8, 2022: Love has no limits and no boundaries. It can never be measured. It's always beyond infinity if the real one exists. One such adorable love story is of the couple that will surely occupy a precious place in your heart as well.

The wedding pictures of a woman from Germany marrying a man from Bihar’s Nawada in an Indian traditional way went viral on social media. The pictures are winning the hearts of many across the social media. 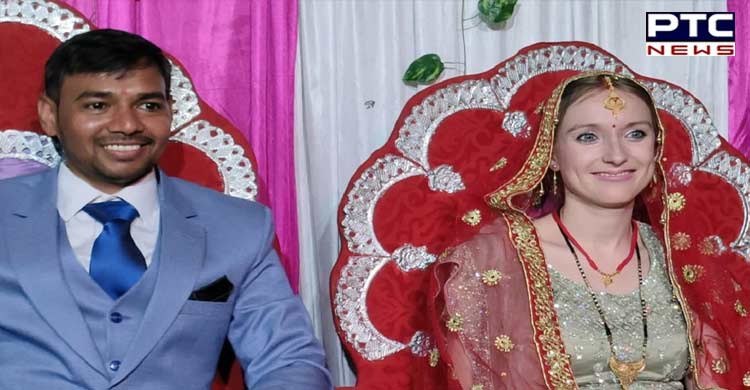 The woman named Larrisa Belch, born and brought up in Germany recently tied knots with Satyendra Kumar, a man from Nawada in Bihar. The couple studied research in Sweden. While Satyendra was doing research for skin cancer, Larissa was involved in the research for prostate cancer. 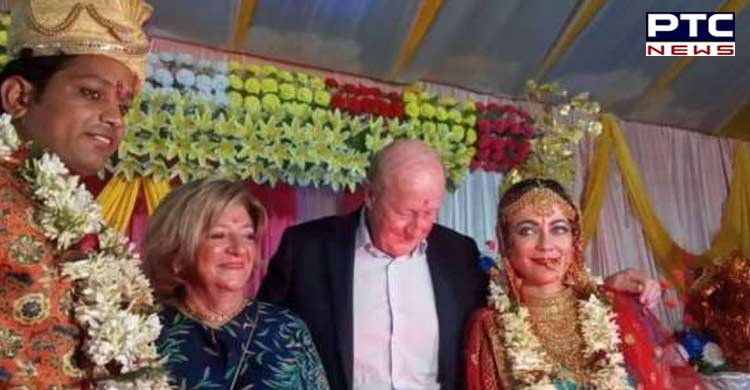 The adorable couple met in 2019. They decided to get married after being together for over three years.

Larissa looked beautiful in her bridal look. She was wearing the blue and red lehnga and was decked up in fine jewellery. While her groom Satyendra wore a gold sherwani.

Both of them were eager to get married in India and Larissa was keen to know more about the culture. "I have to come to enjoy my life in India. The people here are very nice," said Larissa, adding that "There is a difference between our cultures. I don't understand much of Hindi but Satyendra helps me to translate." 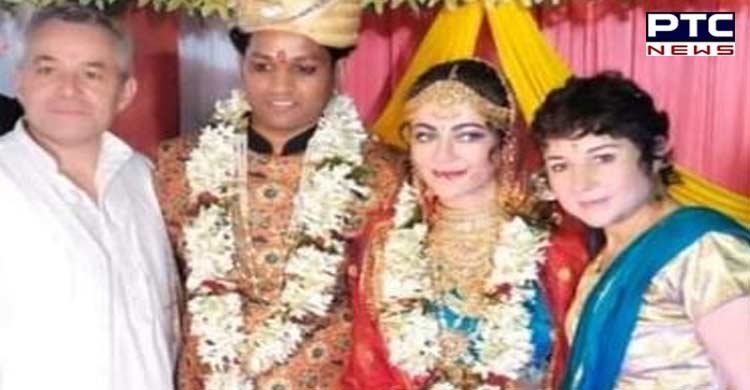 Larissa came to India on a special visa only to get married to Satyendra. Due to some visa issues, her parents couldn't be a part of her wedding but Satyendra's whole family was there who celebrated their love with full excitement.