"I strongly refute all the allegations but will not comment any further because the matter is sub-judice before the Court of Law," said Honey Singh 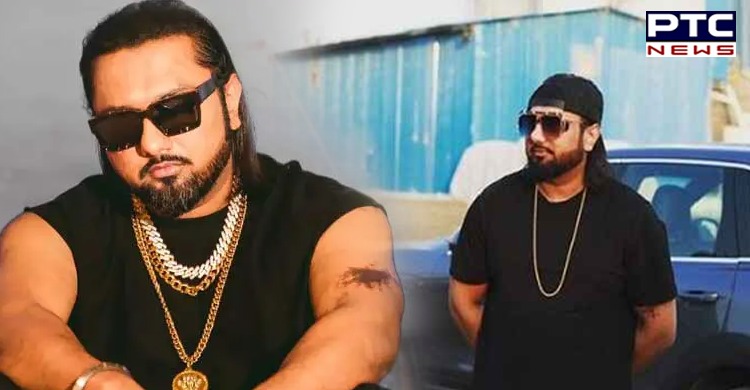 Popular singer and rapper Yo Yo Honey Singh on Friday broke the silence over the allegations of domestic violence levied against the singer and his family.

Taking to Instagram, Honey Singh issued a statement over the allegations. It stated that "I am deeply pained and distressed by the false and malicious allegations levied against me and my family by my companion/wife of 20 years, Mrs. Shalini Talwar. The allegations are severely odious." 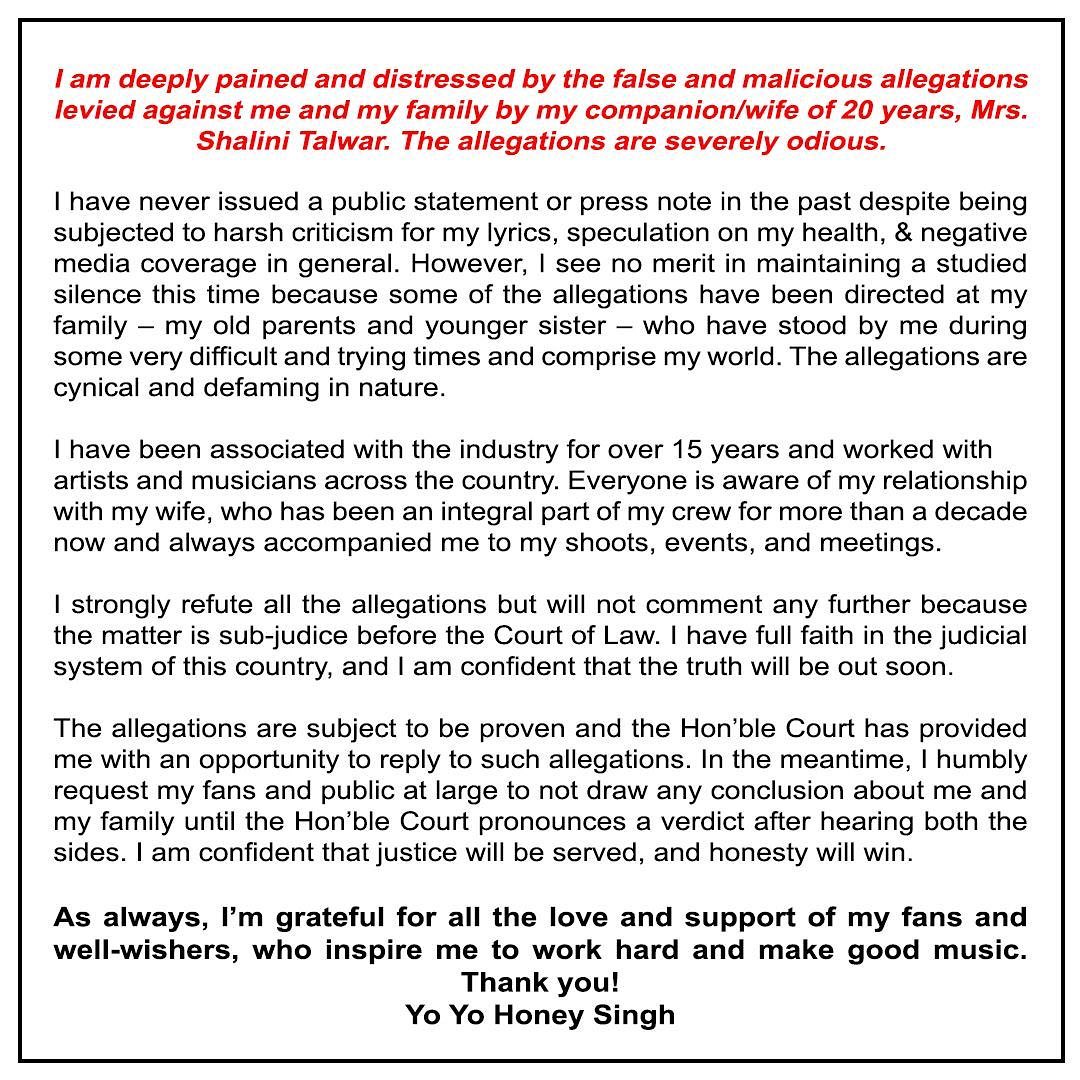 "I have never issued a public statement or press note in the past despite being subjected to harsh criticism for my lyrics, speculation on my health, and negative media coverage in general. However, I see no merit in maintaining a studied silence this time because some of the allegations have been directed at my family - my old parents and younger sister - who have stood by me during some very difficult and trying times and comprise my world. The allegations are cynical and defaming in nature," he said. 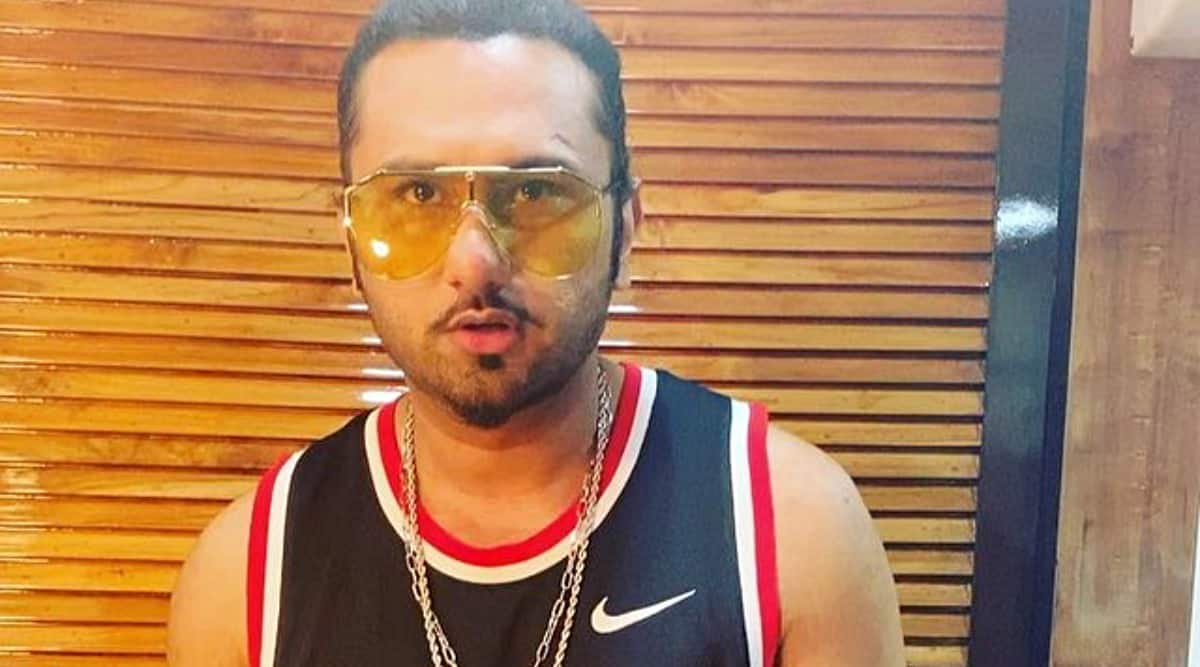 "Everyone is aware of my relationship with my wife, who has been an integral part of my crew for more than a decade now and always accompanied me to my shoots, events, and meetings," he added.

"I strongly refute all the allegations but will not comment any further because the matter is sub-judice before the Court of Law. I have full faith in the judicial system of this country, and I am confident that the truth will be out soon," he wrote. 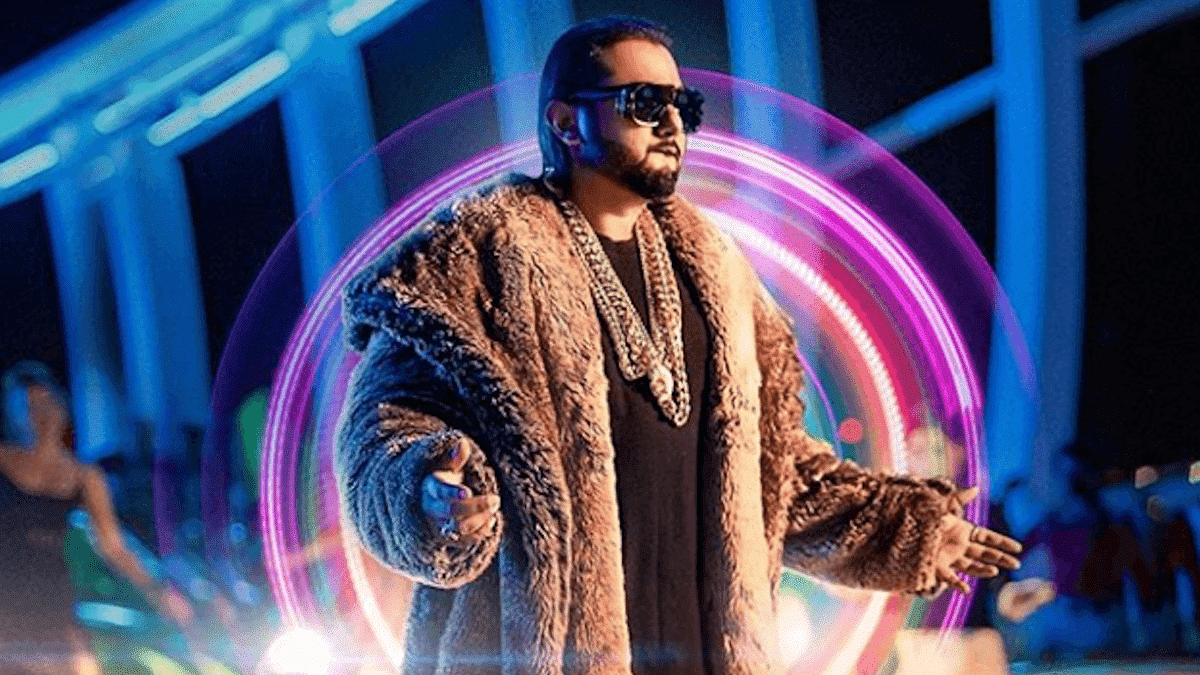 Furthermore, Yo Yo Honey Singh said that "The allegations are subject to be proven and the Hon'ble Court has provided me with an opportunity to reply to such allegations."

"In the meantime, I humbly request my fans and the public at large to not draw any conclusion about me and my family until the Hon'ble Court pronounces a verdict after hearing both sides. I am confident that justice will be served, and honesty will win," he added.