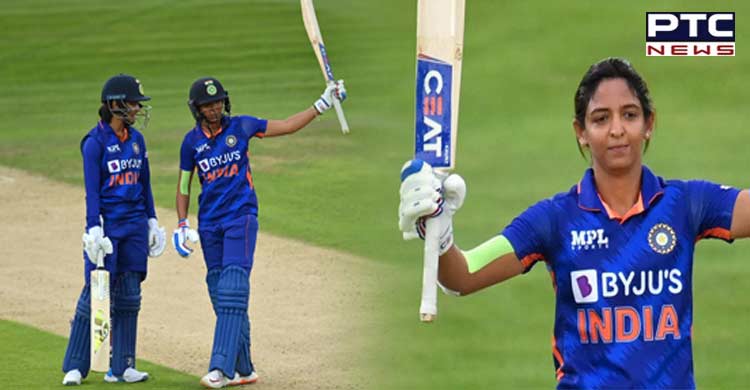 Dubai, October 10: Ace Indian batter and skipper Harmanpreet Kaur has claimed the ICC Player of the Month award in women's categories for the month of September. Pakistan star batter Mohammad Rizwan has won the title in the men's category.

Harmanpreet Kaur becomes India's first winner of the ICC Women's Player of the Month, thanks to her leading role in her team's first ODI series victory in England since 1999.

The India skipper was at her brilliant best during the ODI series, scoring 221 runs across the three matches, maintaining a strike rate of 103.47 and only being dismissed once.

She displayed control and poise in the first match of the series at Hove, and her 74 not out helped her side chase down England's total of 228 at a canter to win by seven wickets.

While that was impressive, without doubt the highlight of her month came in the second showdown.

Batting first, Harmanpreet Kaur led from the front with a thrilling 143 not out from 111 balls. Smashing 18 fours and four maximums, the full repertoire of her strokeplay was on show, and as England faltered in pursuit of the 334 target set by the tourists, Kaur and her teammates wrote themselves into the history books.

Kaur claims her inaugural win by overcoming compatriot Smriti Mandhana and Bangladesh skipper Nigar Sultana. On winning the ICC Women's Player of the Month award for September, she commented: "It was great to be nominated for the award, and to win it is an amazing feeling. To come out as winner when being nominated alongside Smriti and Nigar is very humbling. I have always taken immense pride in representing my country and achieving the historic ODI series win in England will remain a landmark moment for me in my career." 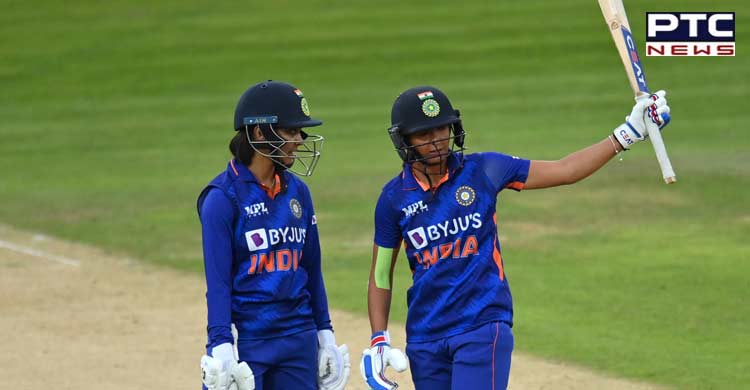 "The game of cricket is blessed to have some of the finest athletes on the sporting circuit and to be chosen the ICC Women's Player of the Month amongst them is a special recognition for me as an individual and the captain of the Indian cricket team," she added.

ICC Hall of Famer and member of the voting panel Lisa Sthalekar added: "Since taking over the captaincy in all three formats, Harmanpreet has taken her game to another level. Not only providing consistency but adding her usual fireworks at the end of the innings."

Meanwhile, Rizwan will be a key figure for Pakistan heading into the ICC Men's T20 World Cup in six days' time, and he emphasised his importance during Pakistan's surge to the Asia Cup Final, registering three half-centuries in the latter stages of the tournament, including scores of 71 against India and 55 in the Final against eventual winners Sri Lanka.

Reacting to claiming the latest ICC Men's Player of the Month crown, Rizwan commented: "I would like to thank Almighty Allah and express my heartfelt delight to all that enabled me to achieve this award."