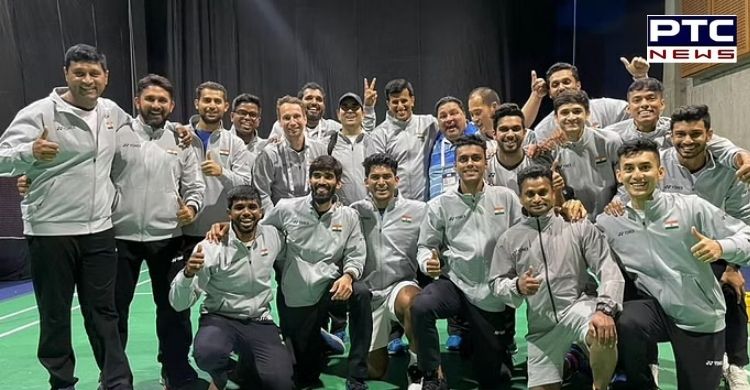 Bangkok (Thailand), May 13: The Indian men's badminton team made history on Friday, defeating Denmark in a hard-fought semi-final to reach the finals of the coveted Thomas Cup 2022. This is the first time in 73 years that India has made it into the final.

The determined Indian squad put up a good show of power and perseverance in the thrilling match against the strong Danish team. India is now guaranteed at least a silver medal and will compete in the final against play defending champions and 14-time winners Indonesia.

HS Prannoy defeated Denmark in the decider, displaying steely nerves to brush off Rasmus Gemke's challenge in a closely contested fifth game of the tie. 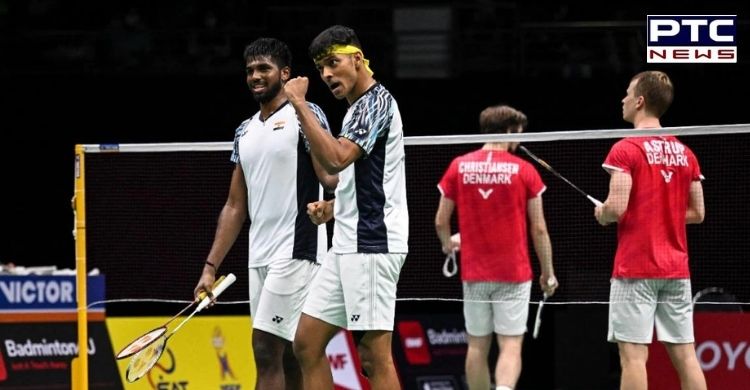 India's Lakshya Sen took on Viktor Axelsen of Denmark in the first match. The Danish player lived up to his reputation and World Number 9 Sen struggled to keep up, eventually losing in straight games 21-13, 21-13.

Satwik and Chirag won the first game 21-18 but the second game stretched and the Danes scarped through 23-21 to force the decider. In the final game, the Indian players showed a remarkable display of skill of coordination and won the match 22-20. 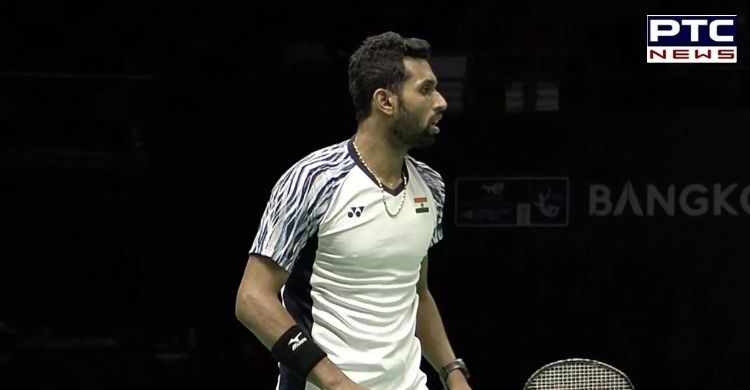 In the third match, former World No. 1 Srikanth Kidambi faced Anders Antonsen and won 21-18 in the first game. Antonsen, on the other hand, came back to tie the game at 21-12 in the second game. In the decider, India came back to win 21-15, putting India ahead 2-1 in the nail-biting competition.

In the fourth match, Krishna Prasad and Vishnuvardhan of India faced Anders Skaarup Rasmussen and Frederik Sogaard of Denmark. The Danish pair had little trouble winning the match 21-14, 21-13 in 39 minutes. 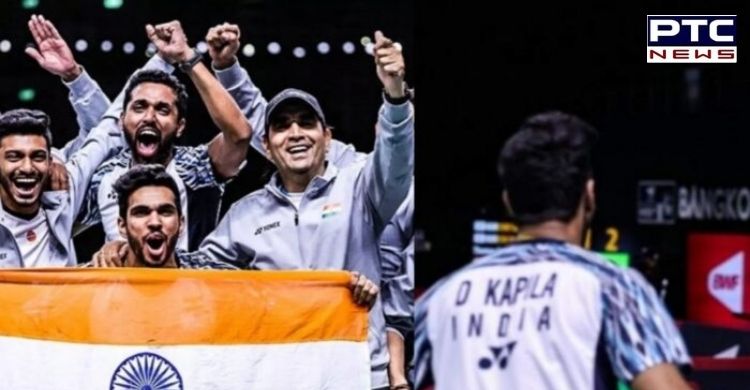 HS Prannoy delivered in the crucial fifth match, just as he did in the quarter-final. Rasmus Gemke won the opening game 21-13, but Prannoy came back to win the second game 21-9.

The Indian player played with zest and determination in the decider, winning 21-12 and giving India a remarkable 3-2 victory.