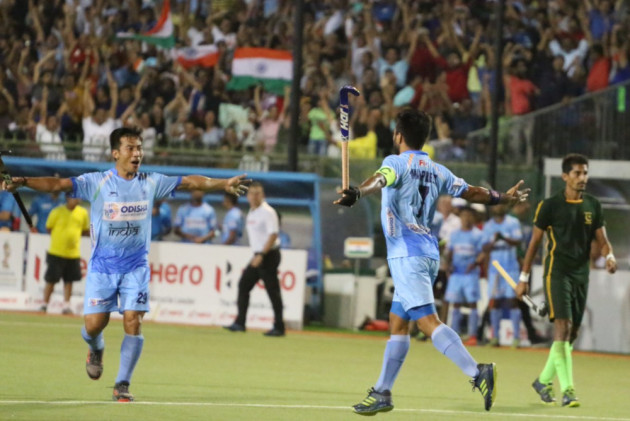 Rain played the spoilsport as defending champion India and its traditional arch-rival Pakistan were declared joint winners of the Asian Champions Trophy Hockey Tournament in Muscat on Sunday.

Because of thunder and incessant rain, the final game was called off declaring the two finalists as joint winners.

As luck would have it, India had to share the trophy with Pakistan because of the abandonment of the final game.

A brace of goals by tournament's top scorer Faizal Sara helped Malaysia to play a 2-2 draw with Japan in the regulation period. Japan scored the first goal through Kenji Kitazato (18th minute) and the last goal (Hirotaka waker, 48th minute).

In the penalty shootout, Malaysia scored thrice against two goals by Japan to take the bronze.